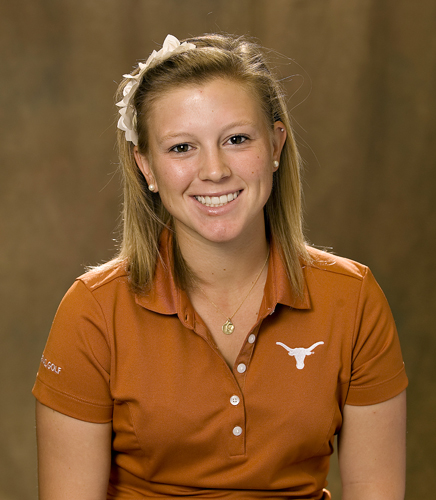 After a record-setting performance at the Big 12 Championship, where she won the individual title with a score of eight-under, sophomore Madison Pressel added another accolade to her season on Thursday when the Big 12 named her the conference’s female Golf Player of the Year.

This makes her the third player in school history to be honored with the award, along with Heather Bowie in 1997 and Janice Olivencia in 2002.

Pressel’s score was the best in Big 12 Championship history and her second-round score of 66 last weekend in Missouri broke a conference record for lowest-scoring round. She has four top-10 finishes this season, and Golfweek ranks her 38th in the nation at the collegiate level.

All of this propelled her onto the 2011 All-Big 12 team, the only Texas player to get the nod. The All-Big 12 team consists of the 10 players who were the highest-ranked Big 12 golfers, according to the most recent Golfweek/Sagarin poll, which is released after the Big 12 Championship.

Among other awards were newcomer of the year, which went to Colorado’s Jessica Wallace, and Big 12 coach of the year for Iowa State’s Christie Martens. Both awards were based on votes from all the league’s head golf coaches.

The Big 12 champion and player of the year joins the rest of the Longhorns as they prepare for the NCAA Central Regional Championship in South Bend, Ind., May 5-7.