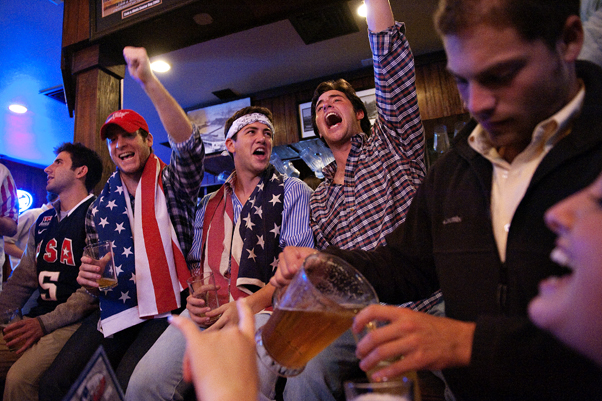 WASHINGTON — Osama bin Laden, the mastermind behind the Sept. 11, 2001, terror attacks that killed thousands of Americans, was killed in a firefight Sunday with U.S. forces in Pakistan, ending a manhunt that spanned a frustrating decade.

“Justice has been done,” said President Barack Obama in a dramatic late-night announcement at the White House.

A jubilant crowd of thousands gathered outside the White House as word spread of bin Laden’s death. Hundreds more sang and waved American flags at Ground Zero in New York.

U.S. officials said the helicopter raid in Pakistan was carried out by CIA paramilitaries together with the elite Navy SEAL Team Six. The U.S. team took custody of bin Laden’s remains, which American officials said were being handled in accordance with Islamic tradition.

The death marks a psychological triumph in a long struggle, although its ultimate impact on al-Qaida is less clear.

The greatest terrorist threat to the U.S. is now considered to be the al-Qaida franchise in Yemen, far from al-Qaida’s core in Pakistan. The Yemen branch almost took down a U.S.-bound airliner on Christmas in 2009 and nearly detonated explosives aboard two U.S. cargo planes last fall. Those operations were carried out without direct involvement from bin Laden.

Obama said he gave the order for the operation after receiving intelligence information that he did not further describe.

Former President George W. Bush, who was in office on the day of the attacks, issued a written statement hailing bin Laden’s death as a momentous achievement.

Senior administration officials said the terrorist mastermind was found inside a custom-built compound with two security gates. They said it appeared to have been constructed to harbor one high-value target and that for undisclosed reasons, officials believed the hideout was bin Laden’s.

Officials also said they believe the death puts bin Laden’s al-Qaida on a path of decline that will be difficult to reverse, but there was no word on the whereabouts of bin Laden’s second-in-command, Ayman al-Zawahri.

The stunning end to the world’s most widely watched manhunt came just months before the 10th anniversary of the Sept. 11 attacks on the World Trade Centers and Pentagon, orchestrated by al-Qaida, that killed nearly 3,000 people.

The attacks a decade ago seemed to come out of nowhere, even though al-Qaida had previously struck American targets overseas.

The Sept. 11th attacks set off a chain of events that led the United States into wars in Afghanistan and then Iraq, and America’s entire intelligence apparatus was overhauled to counter the threat of more terror attacks at home.

A senior administration official said Obama gave the final order for U.S. officials to go after bin Laden on Friday. The official added that a small team found its quarry hiding in a large home in an affluent suburb of Islamabad. The raid occurred in the early morning hours Sunday.

Administration officials offered some details of the operation.

Based on statements given by U.S. detainees, intelligence officials have known for years that bin Laden trusted one al-Qaida courier in particular, and they believed he might be living with him in hiding. In November, intelligence officials found out where he was living, a huge fortified compound in an affluent suburb of Islamabad. It was surrounded by walls as high as 18 feet high, topped with barbed wire. There were two security gates and no phone or Internet running into the house.

Intelligence officials believed the $1 million home was custom-built to harbor a major terrorist. CIA experts analyzed whether it could be anyone else, but time and again, they decided it was almost certainly bin Laden.

Obama spoke with Bush and former President Bill Clinton on Sunday night to inform them of the developments.

The president struck a less than boastful tone in his brief announcement, although he said the death of bin Laden was “the most significant achievement to date in our nation’s effort to defeat al-Qaida.

“His death does not mark the end of our effort. There’s no doubt that al-Qaida will continue to pursue attacks against us. We must and we will remain vigilant,” he added.

Additional reporting and content in the print edition by Audrey White, Lena Price, Will Alsdorf and Claire Cardona.