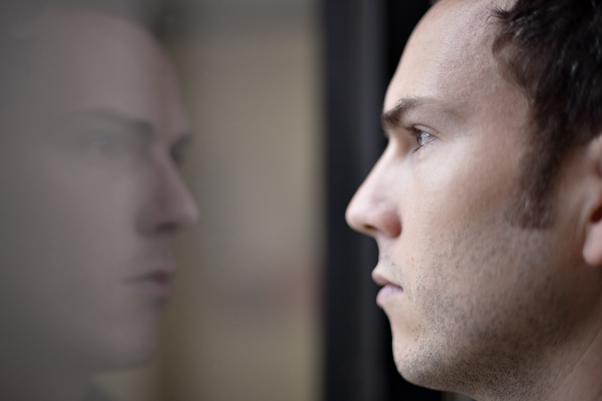 Avery Holton reflects on the September 11th attacks the day after Osama bin Laden was pronounced dead. Holton, a journalism student, traveled to ground zero in December of 2001 to cover the aftermath of 9/11.

In the days and weeks immediately following the morning of the Sept. 11 attacks, journalism graduate student Avery Holton said many of his friends joined the military.

He said joining the military did not make sense for him, then a 20-year-old at UT on scholarship. He and a photographer decided to cover the state of New York three months later.

“New York seemed to be the symbolic front of the nation,” Holton said.

They drove to Manhattan, speaking to people along the way about how they were affected. Even three months after the buildings fell, food vendors lined the barricades surrounding Ground Zero at the city’s request to cover the smell of dead bodies, he said.

“It really hits you to know that you’re standing next to a mass grave where so many people may never be identified, but where so many families were disrupted and unraveled,” he said.

Holton said as parts of the nation celebrated after receiving the news and others questioned celebrating the death of a human being, his initial reactions were of nostalgia and of closure — not elation.

“He’s always been there, kind of like the ghost in the background nobody can get rid of,” he said. “It lays to rest his ghost and brings forth more prominent issues.”

He said bin Laden’s death re-emphasized lessons he learned about how as a nation to deal with the threat of terrorism.

“It’s a constant threat that you can’t let debilitate you, but you can’t ignore either,” he said.

He said while the killing of bin Laden marks a milestone, it by no means marks an end to the war on terrorism or even to al-Qaida.

“It’s not an organization where you cut the head off and the snake dies,” Holton said.

Journalism professor Tracy Dahlby said he understands the celebrations, but to move forward every individual has to critically and soberly assess what happens next.

Dahlby lived in New York from 1986 until he came to UT in 2006. He said when he walked outside for the first time that September morning, he remembered an acrid smell and the well-behaved and quietly resilient crowd walking across the Queensboro Bridge away from the Twin Towers.

Days after the attack, he remembers walking around Manhattan and seeing medical examiners in long aprons waiting for the bodies that did not come — they were destroyed in the rubble and fires.

Even with the city’s stereotypical grittiness, he said New Yorkers of all types came together in the face of the tragedy.

“Being a New Yorker was like being part of an elite club,” Dahlby said. “It was really us together against them — whoever ‘them’ was.”

He said the confusion on the enemy’s identity remains after bin Laden’s death and that al-Qaida’s diffuse nature means removing bin Laden from the fight is one step in a complex and ongoing effort.

“We are going to win this using our brains, not bullets,” Dahlby remembers writing to his niece in 2001.