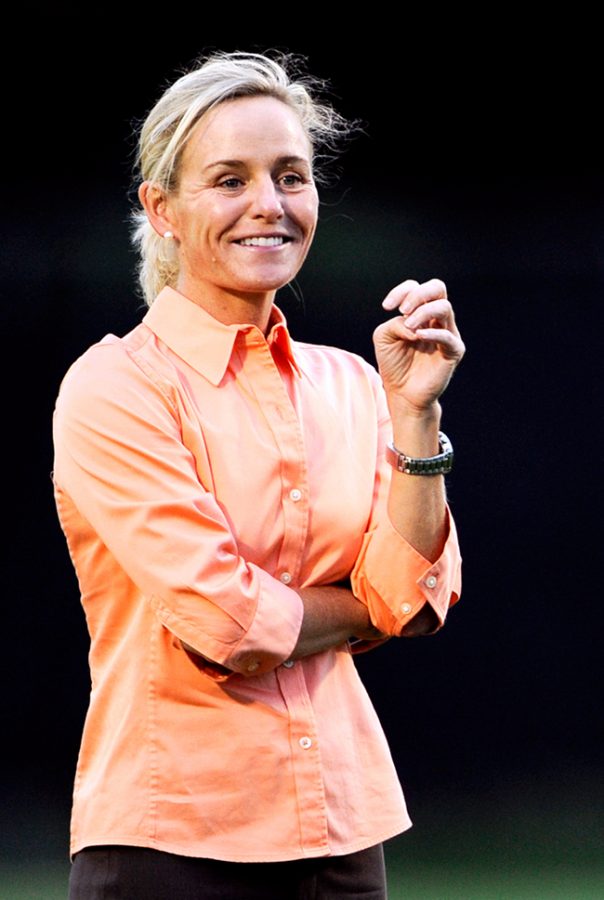 Angela Kelly has seen many years of success in soccer that fit well with the ideology and desire to win that exists at Texas. Kelly, who comes to the Forty Acres after 12 years with the Tennessee Volunteers, was named the head coach of the women’s team this past December. She is replacing former head coach Chris Petrucelli, who has been reassigned following 13 years at the helm.

Lately the Longhorns have suffered the same late season collapse that many programs, both at Texas and around the country, seem to be cursed with. After starting the season strong each of the past few years, the Longhorns have walked away from the post-season early after losses in the first round of the NCAA tournament. At the start, Kelly seems to be ready to take on the challenge of building up the program.

“I am so excited to become a part of such a winning tradition here at Texas,” Kelly said. “Our staff will be incredibly invested in the vision of this program and taking Texas women’s soccer to national prominence.”

Chris Plonsky, the University of Texas women’s athletic director, is confident that Kelly has what it takes to bring national prestige back to Texas.

“I love her hunger to win, her presence, her energy,” Plonsky said. “She has absolute focus on developing elite female student athletes into champions, personally and competitively.”

Kelly’s background lends itself to her credibility as a successful coach. She was well groomed to become a nationally recognized coach growing up despite never having a desire to coach at all. As a native of Scotland, Kelly watched her father play professional soccer in Glasgow before her family immigrated to Canada.

While in Canada, Kelly saw success early and often. She enjoyed nine years of success as a member of the Canadian National Team, which included a starting role at midfield for every game at the 1995 FIFA Women’s World Cup. For her efforts, Kelly became the third woman to earn a spot in the Canadian Soccer Hall of Fame.

As a senior in high school, Kelly was recruited to play for the University of North Carolina Tar Heels under legendary head coach Anson Dorrance. While at UNC, Kelly earned All-American status as a senior and earned All-Conference honors three of the four years on the team. Along with pro-soccer star, teammate and roommate Mia Hamm, Kelly helped the Tar Heels earn four consecutive national titles in women’s soccer.

Kelly then brought the same success to the teams she coached that she experienced as a player. Her coaching career started as a student assistant for the Tar Heels. After a push from Dorrance, Kelly took a job as an assistant coach at Tennessee. Four years later, when the job opened up, she took over the Lady Vols.

Prior to her arrival at Tennessee, the program had never won any conference championships and couldn’t even dream of a spot in the post-season NCAA tournament. In 12 years, Kelly pushed her team to nine tournament appearances, which included five sweet sixteen appearances and posted a final mark of 10-8-2 in the post-season.

Not only is she committed to winning on the soccer field, she is committed to success in the classroom as well. At Tennessee she cultivated strong academic values which manifested in 142 athletes selected to academic All-Conference Honors in the SEC.

Despite leaving a successful program that she built up, Kelly is excited about coming to Texas and the potential that lies ahead.

“In my opinion … this is a place where soccer can be played at the absolute highest level,” Kelly said. “The talent within the state of Texas alone can win national championships.”

Eager to get started, Kelly has already aligned herself to the values that are present in many Longhorn fans — that is, the desire to win big.

“I want them to be 100 percent invested into everything they commit to, which is Texas,” Kelly said. “We’ll have a clear understanding that we’re here to win championships.”