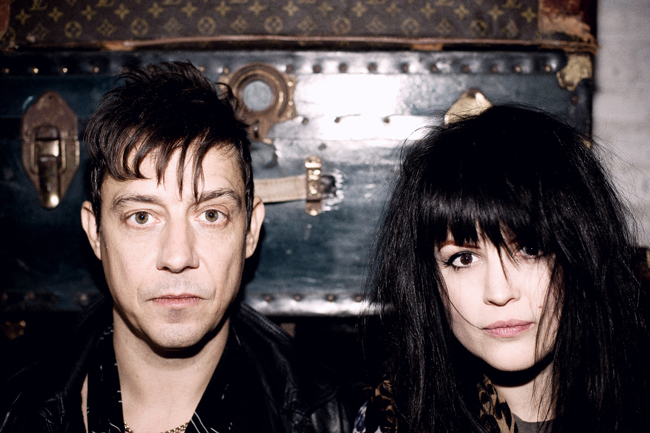 Garage rock duo The Kills (comprised of vocalist Alison Mosshart and guitarist Jaime Hince) will be performing at Stubbs tomorrow night. (Photo courtesy of The Kills).

It’s sometimes difficult to wade through the massive amounts of live music that Austin hosts on a daily basis. To help illuminate your best bets for local live music, here are our picks for the best local indie music events happening this week.

The Sweet Nuthin at Hole in the Wall

Velvet Underground fans rejoice: although Lou Reed’s recent output has let down more than a few followers, Austin locals The Sweet Nuthin are the latest band to pledge allegiance to The Velvet Underground’s legacy of crafting heartfelt Americana with a rock ‘n’ roll edge. As a bonus, they’re playing right next door to UT. Before you reach for your earplugs, I should note that front man Evan Charles and company have mostly eschewed the sonic experimentalism of The Velvet Underground’s white-noise romps like “White Light/White Heat” and “Heroin,” showing a preference for their heroes’ softer, folksier cuts — the late-era classic “Oh! Sweet Nuthin’” comes to mind. Also audible in The Sweet Nuthins sound is the influence of a half century of electric-country songsmiths, from legends like Neil Young to indie inebriate Ryan Adams.

But The Sweet Nuthin have got more going for them than tastefully packed iPods and twangy traditionalism. In the killer chorus of “Back Home to Me,” to take one example, guitarist Colin Peters rips a non-diatonic riff that sounds somewhere in between The Rolling Stones’ “Let it Bleed” and Pixies’ “Surfer Rosa,” while Chris Ritchie’s melodic bass lines lock in with a beat from Z Lynch that’s so laid back you start to wonder how the band manages to keep time. Yet keep time they do, and atop the barely-controlled bluesy chaos is the tuneful hollering of a front man who’s enough of a music historian to know even the hardest of rockers sometimes have to show a little sweetness.

The Kills at Stubbs Bar-B-Q

Chain-smoking indie rockers The Kills bring their garage-rock minimalism to Stubbs Bar-B-Q Wednesday. Last year, after lead singer Alison Mosshart finished touring with her supergroup side-project The Dead Weather, the band released their fourth studio effort, Blood Pressures, to commercial and critical success in the U.S. and their native U.K.

While the new tunes don’t stray too far from the garage-rock-plus-drum-machine formula used in their earlier recordings, this time around the grooves are bigger, and the guitars are grittier. It’s difficult not to hear echoes of Mosshart’s fellow Dead Weatherman Jack White in The Kills’ recent riffage, but don’t write them off as an ersatz White Stripes (the undeserved fate of most boy-girl indie-rock duos since The White Stripes’ “White Blood Cells”). Over the last 12 years, Mosshart and guitarist James Hince have forged a sound that’s part blues, part electronic and all their own. Add in the pair’s undeniable chemistry and unforgettable stage presence, and you have yourself a must-see show for any fan of sex-soaked Brit-rock.

The Gourds at Stubbs Bar-B-Q

Country meets quirky in the music of Austin favorites, The Gourds. The local alternative-country rockers, who last year released their 10th studio album, Old Mad Joy, are perhaps best known for their gloriously twangy take on Snoop Dogg’s G-funk classic “Gin and Juice.” But the song’s unexpected popularity has been somewhat of a curse for the band, who have always spent most of their time working up original material. To their chagrin, not a concert goes by without repeated requests for “Gin and Juice,” usually coming from the more casual fans in the audience. It’s not hard to imagine how the song’s novelty might wear off. “We just can’t do [Gin and Juice] anymore without throwing up in our mouths a little bit,” admitted front man Kevin “Shinyribs” Russell in a chat with fans on Yahoo! Groups.

Nevertheless, The Gourds’ hard work over the last 18 years has earned them a devoted hometown following, and their shows are guaranteed to be a good time for long-time followers and country neophytes alike. Just use your better judgment before requesting any ‘90s gangsta rap.