Israeli-Palestinian negotiations break down yet again 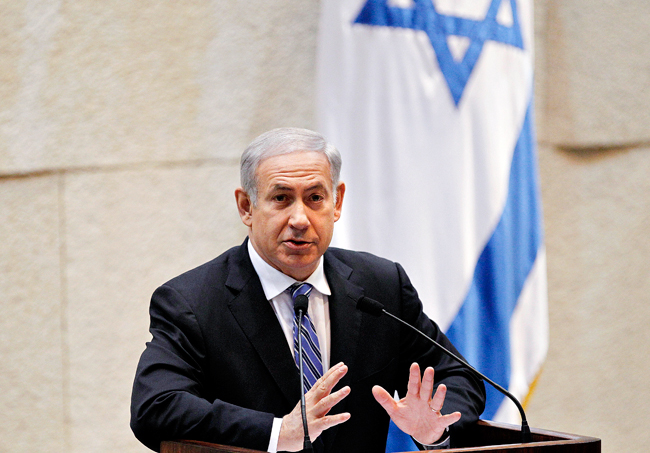 Palestinian activists hold banners during a protest the against peace talks in the West Bank city of Ramallah Saturday, Jan. 14, 2012.

RAMALLAH, West Bank — A low-level dialogue between Israelis and Palestinians about a future border has ended without any breakthrough, the Palestinian president said Wednesday, reflecting the impasse plaguing the negotiations for at least three years.

President Mahmoud Abbas said he would consult with Arab allies next week to figure out how to proceed now. While frustrated with the lack of progress, Abbas is under pressure to extend the Jordanian-mediated exploratory talks, which the international community hopes will lead to a resumption of long-stalled formal negotiations on establishing a Palestinian state.

A Palestinian walkout could cost Abbas international sympathy at a time when he seeks global recognition of a state of Palestine in the West Bank, Gaza and east Jerusalem, the territories Israel captured in the 1967 Mideast war.

Though there have been talks off and on, the last substantive round was in late 2008, when Israel informally proposed a deal and the Palestinians did not respond. When Netanyahu took office the next year, he took the proposal, including a state in most of the territories the Palestinians claim, off the table.

A round started in late 2010 by President Barack Obama quickly sputtered over the settlement issue.

Visiting EU foreign policy chief Catherine Ashton is scheduled to meet separately over the next two days with Abbas and Netanyahu to try to salvage the exploratory talks. Two officials involved in the contacts said she is trying to put together a package of Israeli incentives that would keep the Palestinians from walking away.

“We need to keep talks going and increase the potential of these talks to become genuine negotiations,” Ashton said.

Palestinian officials said they submitted their proposals, but that Israel did not. Abbas suggested that exploratory talks could continue if Israel presented a detailed border plan.
In the exploratory talks, Israel submitted a list of 21 issues that would need to be discussed, but didn’t present positions.

The Palestinians have accused Netanyahu — a reluctant latecomer to the idea of Palestinian statehood — of seeking negotiations as a diplomatic shield, with no real intention of reaching an agreement.