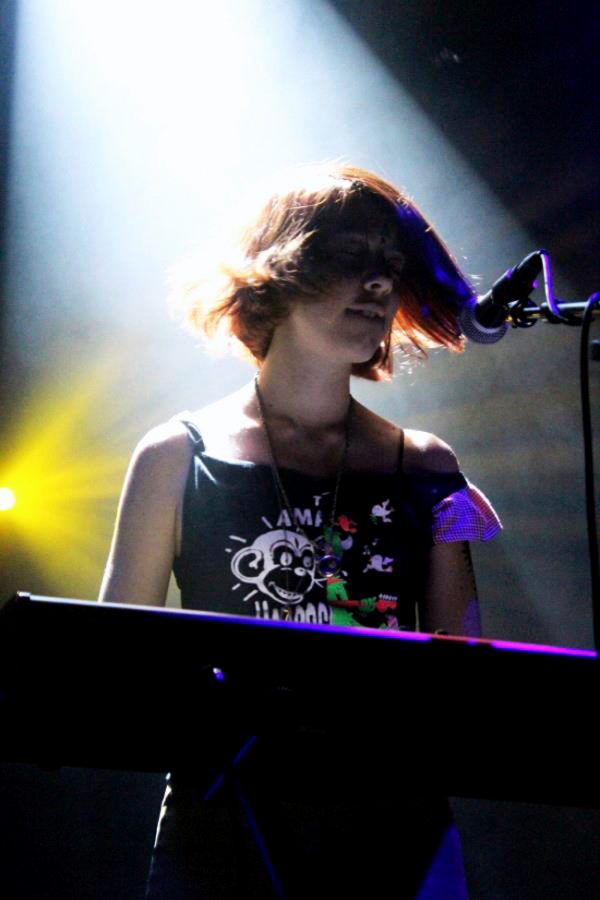 Les RAVs Lauren Bruno performing at The Parish in September of 2011. Les RAV and many other groups will be performing at the OH SNAP! music festival this weekend.

This weekend, OH SNAP! a music, food and variety festival, will be celebrating its third year, featuring local acts Les RAV, Ume, Mother Falcon, Freshmillions and many others.

Machado has a profound impact on the Southwestern community, so his death did not go unnoticed. Seven friends and classmates came together to celebrate Machado’s influence, the result being the first ever OH SNAP! Festival, named after a phrase that Machado was well known for. The OH SNAP! board, including Dave Winter, Austen Ross, Adam Bates, Travis Newman and others, have kept the celebration going annually, honoring Machado while also highlighting some of Austin’s talented musicians.

“Sergio was a free spirit who celebrated all of those around him and made people feel comfortable and at ease,” Winter said. ”We built this festival under that same spirit, and our goal is to celebrate all of the best music and culture of Austin.”

The festival has grown significantly since its inception. Originally featuring only 12 bands, and 18 in 2010, this year’s OH SNAP! will have 50 bands.

One of those bands is up-and-coming Les RAV, whose leading lady Lauren Bruno is familiar with bringing people together for a good cause. Besides fronting Les RAV, she is the director of the non-profit organization $2 Shows Austin.

“For me, being a director of a non-profit, I know how hard it is to get events together and raise money in creative ways,” Bruno said. “But once it comes together, the amount of positive energy and light that is put towards the event is visible. It makes me extremely proud and honored to be apart of the Austin community.”

Bruno is also very excited to see some of the bands performing. “I’m pretty excited to see the Bus Stop Stallions,” Bruno said. “My former trumpet player and friend Nixon Guerrero is in it, and he is incredibly talented. I also look forward to seeing Mother Falcon, Burgess Meredith and Noise Revival Orchestra.”

The festival is not the only thing honoring the late Machado. The OH SNAP! crew also established a scholarship in Machado’s name, which raised $12,000 last year; this year, they hope to double that. The scholarship will aid future international students that plan to study in Texas.

OH SNAP! hopes to inspire and influence others like the individual that inspired it, one festival at a time.