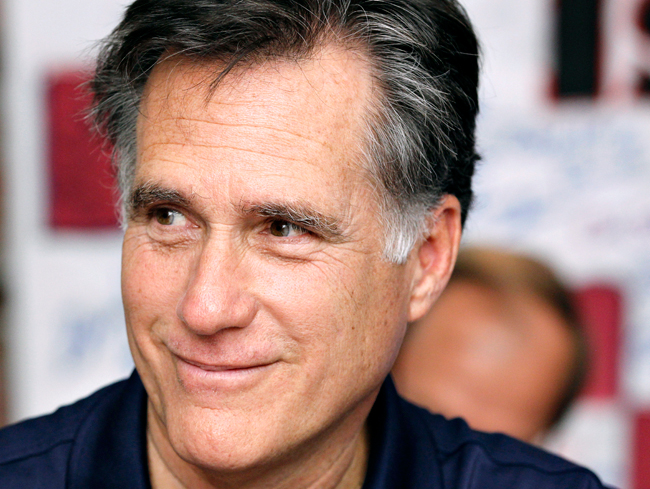 TAMPA, Fla. — Mitt Romney routed Newt Gingrich in the Florida primary Tuesday night, rebounding from the previous week’s defeat with a commanding victory and taking a major step toward the Republican presidential nomination. Despite the one-sided setback, Gingrich vowed to press on.

“Thank you FL!” an exuberant Romney tweeted minutes after the race was called. “While we celebrate this victory, we must not forget what this election is really about: defeating Barack Obama.”

Returns from slightly more than half of Florida’s precincts showed Romney with 47 percent of the vote, to 33 percent for Gingrich.

The winner-take-all primary was worth 50 Republican National Convention delegates, by far the most of any primary state so far.

But the bigger prize was precious political momentum in the race to pick an opponent for Democratic President Barack Obama this fall.

That belonged to Romney when he captured the New Hampshire primary three weeks ago, then swung stunningly to Gingrich when he countered with a South Carolina upset 11 days later.

Now it was back with the former Massachusetts governor, after a 10-day comeback that marked a change to more aggressive tactics, coupled with an efficient use of an overwhelming financial advantage.

About half of Florida primary voters said the most important factor for them was backing a candidate who can defeat Obama in November, according to early exit poll results conducted for The Associated Press and the television networks.

As in early contests in Iowa, New Hampshire and South Carolina, that mattered more than experience, moral character or conservative credentials.

Not surprisingly, in a state with an unemployment rate hovering around 10 percent, about two-thirds of voters said the economy was their top issue. More than 8 in 10 said they were falling behind or just keeping up. And half said that home foreclosures have been a major problem in their communities.