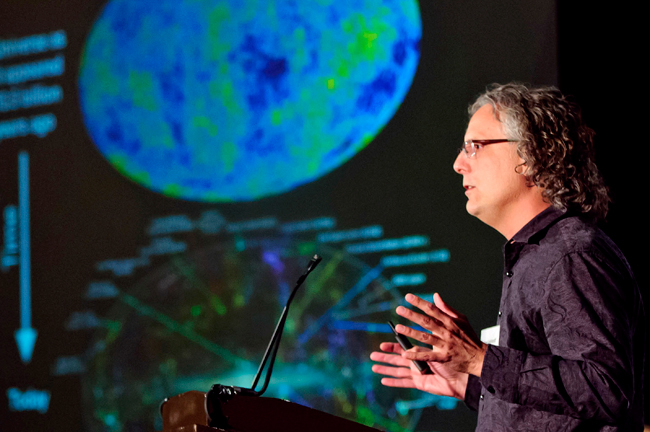 The Academy of Medicine, Engineering & Science of Texas 2012 Annual Conference "Energy of Life" held at the Omni Hotel in Houston, Texas January 12-154, 2012.

Astronomy professor Karl Gebhardt is a Herman and Joan Suit Professor of Astrophysics in the department of astronomy. On Jan. 12, Gebhardt received the Edith and Peter O’Donnell Award in Science from The Academy of Medicine, Engineering and Science of Texas, or TAMEST. The award recognizes his work and discoveries on the formation of black holes and galaxies. Each recipient receives a $25,000 honorarium and an invitation to the Annual TAMEST Conference.

“We chose Gebhardt because he is considered the world expert in his field,” said TAMEST spokesman Kent Nutt. “He has massed the most black holes out of anyone in the world.”

TAMEST brings together some of the top scientific, academic and corporate minds in order to make Texas a national leader in research, Nutt said. Gebhardt currently is researching dark energy, which is a theorized force that goes against the universe’s gravitational pull and pulls it apart, Nutt said.

“Dr. Gebhardt and his colleagues have outlined a unique approach to the study of dark energy using the Hobby-Eberly Telescope at McDonald Observatory,” Nutt said. “They expect their result will be the most accurate measure of dark energy for many years into the future.”

Lara Eakins, laboratory and technical services supervisor, said the department is very proud of all the recognition professor Gebhardt receives and brings to the University.

Printed on Friday, February 3, 2012 as: Professor recognized for work