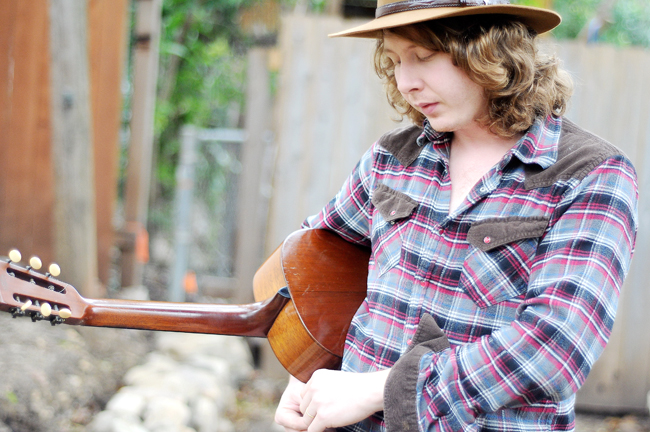 Ben Kweller answered the phone when I called his record label, The Noise Company, to request an advance copy of his new album, Go Fly A Kite. Kweller said hello and directed me to someone who could send it my way.

It was the perfect introduction to my experience with an album that is personal, sincere and easy to listen to. The musicianship shows off a southern rock influence reminiscent of The Allman Brothers and Big Star. The lyrics let us into Kweller’s heart when he sings about friendship, loss, anger and hope.

The Greenville, Texas native broke ties with former record label ATO last year and produced Go Fly A Kite, released today, through his own label, The Noise Company. That may be the source of the homegrown feel of the songs — and the reason it came out almost a year later than originally planned. The album starts with “Mean to Me,” a punchy rock tune that begs to be turned up loud, while “Free” is a foot-tapper of a track with heavy bass. Kweller uses piano perfectly on “Rainbow,” a song about trying to come out on the other side of hard times.

In the ten years since his first solo studio album, Sha Sha, Kweller has changed and grown, both musically and personally. He married Liz (of the song “Lizzie”) and they live in Austin with their two sons. He’s put out two pop rock albums, one that I’m tempted to call lo-fi, and a delightful country record, 2009’s Changing Horses.

But no matter the style he chooses, his good-natured Texas honesty and kindness show through. In Kite’s closer, “You Can Count On Me,” he sings, “It’s a sad day, ‘cause all my old friends have changed. I just want you to know that I’m still the same.” And after 10 years of great songs, I can’t help but
believe him.