Brutal murder may get girl life in prison 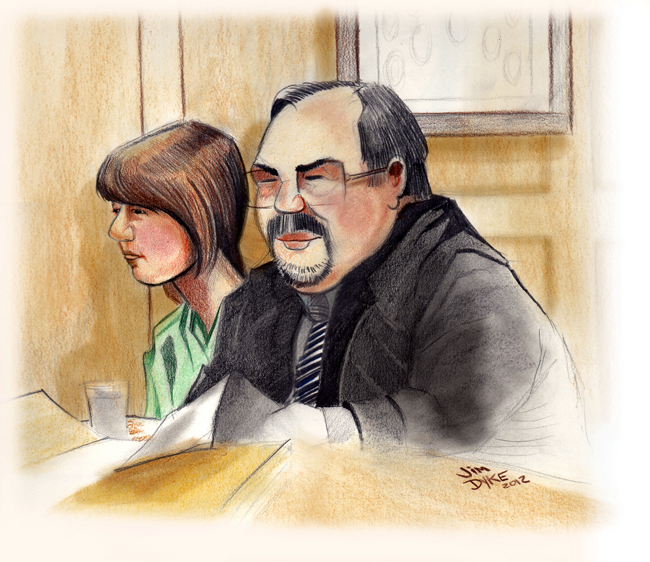 Alyssa Bustamante at her sentence hearing in Jefferson City, Mo, on Monday, where she could face life in prison for killing a 9-year-old girl.

JEFFERSON CITY, Mo. — A Missouri teenager who confessed to murdering a young neighbor girl faces the possibility of life in prison when she’s sentenced Wednesday morning.

Alyssa Bustamante, 18, was described by prosecutors as a thrill killer who lacked remorse and by defense attorneys as a disturbed child who deserved the chance to be set free one day.

The trial’s conclusion follows days of testimony in a small courtroom in Missouri’s capital city. Proceedings descended into chaos Tuesday as prosecutor Mark Richardson was making an impassioned, final plea for a lifelong sentence for Bustamante, who pleaded guilty to murdering 9-year-old Elizabeth Olten.

Bustamante’s grandmother and grandfather stormed out of the courtroom. That prompted Bustamante — who had been staring blankly downward as Richardson recounted her crime — to begin silently crying for the first time in her court proceedings that have spanned more than two years.

Then as Cole County Circuit Judge Pat Joyce announced that she would reveal her sentence on Wednesday, Elizabeth’s grandmother interrupted and cried out from her wheelchair.

The disorder capped what was an emotional, two-day sentencing hearing highlighted by repeated references to words Bustamante — then age 15 — had written in her diary on the night she strangled, slit the throat and repeatedly stabbed Elizabeth. Bustamante wrote that it was an “ahmazing” and “pretty enjoyable” experience, ending the entry by saying: “I gotta go to church now…lol.”

Bustamante’s attorney Donald Catlett cited the testimony Tuesday of mental health professionals who described Bustamante as a “psychologically damaged” and “severely emotionally disturbed” child. They recounted her family’s history with drug abuse, mental disorders and suicide attempts, noting her father was in prison and her mother had abandoned her — though she was in the courtroom Tuesday for the first time. Various mental health professionals testified over the course of the two-day hearing that Bustamante suffers from a major depression disorder and borderline personality disorder.