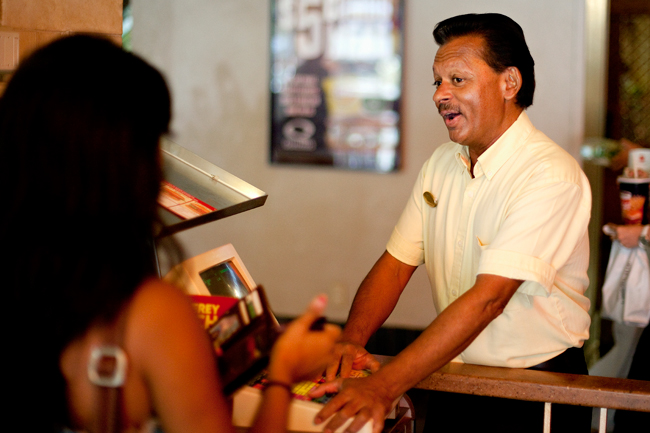 Former Wendys employee Ishmael Mohammed Jr., known as Junior, left the restaurant in the Union after 14 years. Junior broke the world record for most sales in a fast food restaurant in under thirty minutes and was the subject of a documentary aired during South By Southwest and directed by a UT alumnus.

After more than 13 years at the Texas Union, Junior, “The Wendy’s Guy,” has gone home.

In January he transferred to the Wendy’s at Martin Luther King Jr. Boulevard and Guadalupe Street, and a few weeks ago he was no longer part of the company and had moved back to his hometown in New York state, said Dannie Badillo, manager at the MLK Wendy’s.

Badillo said he does not know why Junior has left, but that Junior came in for his last paycheck and only said that he would not be continuing to work in Austin.

Junior had by then developed a cult status among UT students as an icon of the Texas Union. Junior inspired UT alumnus Stephen Stephanian to make “The Wendy’s Guy,” a 12-minute video on his record-breaking sales day that went on to premiere at South By Southwest and other film festivals.

“[Junior] and the Union were synonymous,” said radio-television-film senior Athan Bernal. “He was super outgoing and always enthusiastic. He was quick and he could cut down a line of 15 people in a minute. He was good at what he did.”

“I’ve been wondering where he’s been,” Renteria said. “He was smiley and super sweet, and you could hear him shouting out orders from anywhere in the Union. Now that’s
not there.”