Experimental singer’s most recent album is her lyrical best 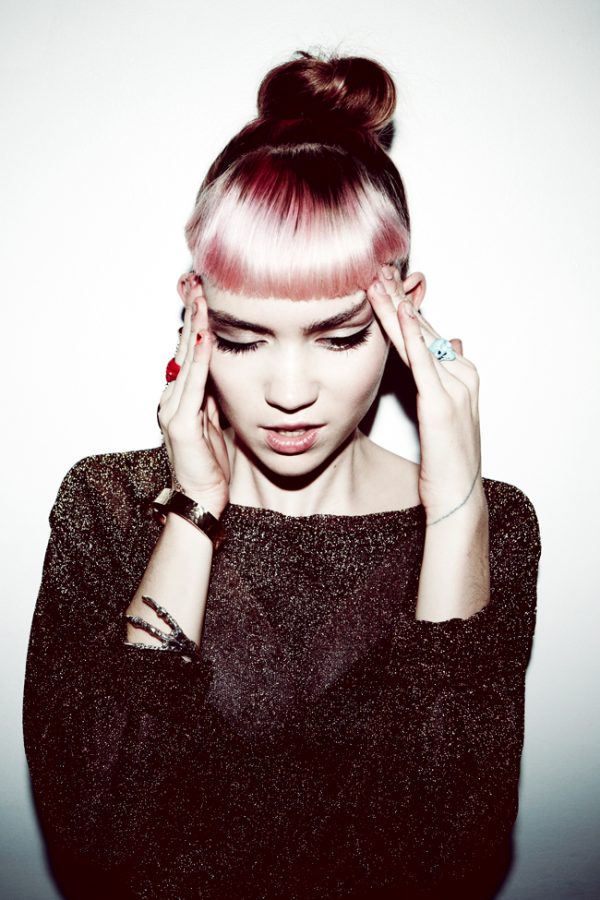 To some, experimentation can be a tedious process. To Claire Boucher, it is an intrinsic approach to music which has yielded impressive results. Boucher, who records under the name Grimes, has an anxious thirst to create art. And this time around, she’s brought her most captivating compilation to fruition through her latest album, Visions.

For the past two years, the 23 year-old songstress has spewed out music as if it were a necessity. In 2010, she debuted with Geidi Primes, followed by Halfaxa later on that same year. In 2011, the artist released Darkbloom, a split 12” with D’eon, a fellow producer and friend. Boucher has made musical strides in the industry of female production, blending different music genres including traces of glitch, streams of witch-house, touches of psych-pop and dashes of R&B. The result: an original culmination of sound which tantalizes listeners through its odd, ethereal nature.

In Visions, the Canadian musician makes way to include more enunciated lyrics, sculpting the album into a stream of consciousness. It’s as if Grimes was reciting her interior monologue clearer than ever, instead of scattering a few words throughout her songs with the usual prolonged “oohs” and “ahhs,” something she’s heavily relied on in the past. Her phenomenally unique voice sweetens the sometimes creepily mechanic aesthetic she employs. And though she sings more pronounced lyrics, drawing her listeners closer, she keeps the indecipherable vocals throughout the album, which can be frustrating.

The song “Vowels = space and time,” for example, is about Grimes’ anxiety with people getting on her case about her songs not “being about things,” as she said in an interview with Pitchfork. The artist doesn’t mean to attract attention to her lyrics’ significance, as counter-intuitive as it may seem. She’s posted on her Tumblr that the value of her vocals is their syllabic, sonic qualities, not their meaning.

Grimes manipulates her singing through vocal pedals and filters her music through a Juno-G keyboard, a sampling unit and GarageBand. With that said, rejecting Boucher’s craft as an art form would be deception. Her ability to maneuver these music-making machines is stunning.

Boucher also produces a danceability hard to ignore. “Circumambient” starts with a mysterious static and tribal bass drum, spooking listeners at first, then quickly drawing them back in with a catchy dance beat followed by her R&B layered vocals. Her high-pitched and girly falsetto draws influences from artists like Mariah Carey, someone Boucher acknowledges as an inspiration. “Nightmusic,” featuring Majical Cloudz, is among the dance-worthy songs on Visions.

The lofty synthesizer is set at an uptempo that is difficult to listen to and remain still.

Both tracks pave the way for what seems to be an emergence of K-pop, or Korean popular music, in North America. It would not be surprising if upcoming artists attempt to mimic the genre-blended aesthetic that Boucher has created in Visions.

This is Grimes’ most accessible album thus far — and her clearest ­— with its cathartic intent, in contrast with her past three experimental compilations. Boucher embraces her vocal talent more than ever, and her musicality allows for a path to indie-label stardom; but maybe that’s an understatement, considering her fearless creativity.