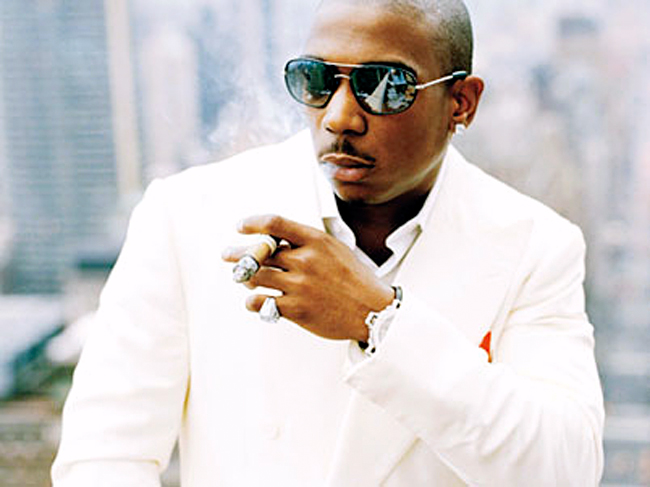 “It ain’t even a question how my dough flows,” stated Ja Rule on Jay-Z’s 1998 hit single, “Can I Get A…” During the late ’90s and early 2000s, it seemed foolish not to feature Ja Rule on a hip-hop track; his distinguishing half-rapped, half-sung vocal delivery was often the formula for mainstream hip-hop success.

Since then, Ja Rule’s rise to fame has unfortunately preceded a fall from grace; the rapper became overshadowed by the likes of rivals 50 Cent, Eminem and DMX, resulting in a hiatus and a hold on the rapper’s latest release, Pain Is Love 2, the sequel to 2001’s Pain Is Love. Although the artist is currently serving a two-year jail sentence for weapons possession, his highly-anticipated comeback album is impressive; a reclusive and moody release centered around one crucial theme: “Fuck fame.”

“So I took a little pill / and it changed my whole world / changed my point of view, so I had to take two,” begins album-opener “Intro.” In between the hazy, dance-driven handclaps and percussion, Ja Rule’s distorted raps loom in the background, his search for redemption lost in a hip-hop tri-fecta of success, drugs and women.

“Real Life Fantasy” anticipates any skepticism of the rapper’s technique; accompanied by a sample of Queen’s “Bohemian Rhapsody,” Ja Rule’s rasp has only become more refined with age.

The rapper’s cynicism toward success comes off as abrasive and intimidating; it’s refreshing to hear the artist intricately deliver reflective narratives that are sheltered by the atmospheric and lush production of longtime collaborator Channel 7, formerly 7 Aurelius.

Ja Rule fends for himself on this album: there is no all-star entourage providing braggadocio-laden tales of fame, or Murder Inc. cohorts craving a small guest feature (Ja Rule disbanded from the record label in 2009), just Ja Rule addressing anybody and everybody who doesn’t believe he still has relevance.

Ja Rule can still write a street-love anthem like no other. On the club-banger “Black Vodka,” Ja Rule compares his favorite thirst-quenching beverage to a lustful seductress. “She better go straight with no chaser,” begins Ja Rule slyly, backed behind nightclub organs and guitars, a nostalgic throwback to bump-and-grind maestros Ginuwine and R. Kelly.

How Ja Rule can easily shift from maniacal madman to don’t-hate-the-player ladies man is a testament to the artist’s well-deserved success. It reminds listeners of Ja Rule’s golden days, when songs “Wonderful” and “Mesmerize” used to dominate hip-hop. “Black Vodka” is the one-night stand antithesis of earlier Ja Rule love hits: it’s filthy and dirty, preferring a quickie in the strip club bathroom stall over a romantic getaway.

Pain Is Love 2 is not amazing, but it will leave devoted fans optimistic nonetheless. In trying to reclaim (or criticize) the rap empire he once controlled, Ja Rule leaves himself vulnerable to the scrutiny of those who believed the rapper was long and gone.