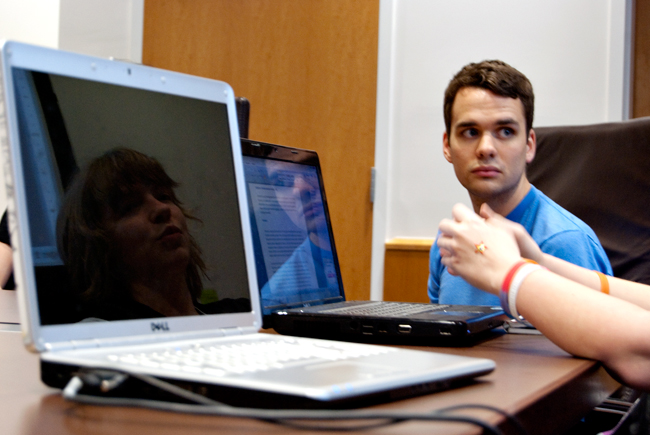 Members of StandOut, a student organization that promotes queer political activism, launched a petition for “gender inclusive housing” at UT last week. Gender neutral housing, which is becoming increasingly common nationwide, would provide students with the opportunity to room with whomever they want, regardless of sex or gender.

Ashley Hall, psychology junior and StandOut co-director, said the current housing program creates a challenge for students who are transgender or gender nonconforming. These students do not feel comfortable living with someone who does not understand their situation or does not accept it, she said.

“Housing becomes a safety issue for these members of our community, but the proposal would be open to the entire student body,” Hall said. “The program is about having the freedom to choose who you want to live with even if they are not of the same sex.”

The petition proposes the implementation of a gender neutral housing hallway in Jester Dormitory that students could specifically apply for through the housing website. The program would be open to all students, with the option of switching out if they did not feel comfortable, according to the text of the proposal.

“The University is known for being progressive and the Division of Housing and Food Service’s website says it wants to be as inclusive for students as possible,” Hall said. “We are not reaching these goals if we don’t have a program for individuals that do not feel comfortable or safe living with someone of the same sex.”

“It’s a grassroots student movement that has mobilized the issue and many schools have realized this,” he said. “It’s difficult to imagine that universities would not give students the opportunity to have a say in who they live with.”

Chang also said it is great to see a school like UT take up the issue.

“UT is a very large and influential university,” Chang said. “The programs and policies that the University adopts can impact schools across the country.”

Director of Residence Life Hemlata Jhaveri said the security of students is a priority for the Division of Housing and Food Service. She said the division would work with the University Residence Hall Association, a student organization that oversees the on-campus living experience, on any new residence hall initiative.

“With the support of URHA and University administrators, we would benchmark and look at gender neutral housing trends and models within the Big 12, in Texas and at schools across the country similar to UT to see what would be best for the University,” Jhaveri said.

John Ramsey, finance junior and the president of URHA, said they will be meeting with StandOut to learn more about their petition and vote on whether the URHA will support it.
“Safety is very important for the association and the Division of Housing and Food Service,” he said. “There is a positive discussion around the petition moving forward, and I am optimistic about it.”

URHA considered a bill in support of gender neutral housing in 2010, but it did not gain traction.