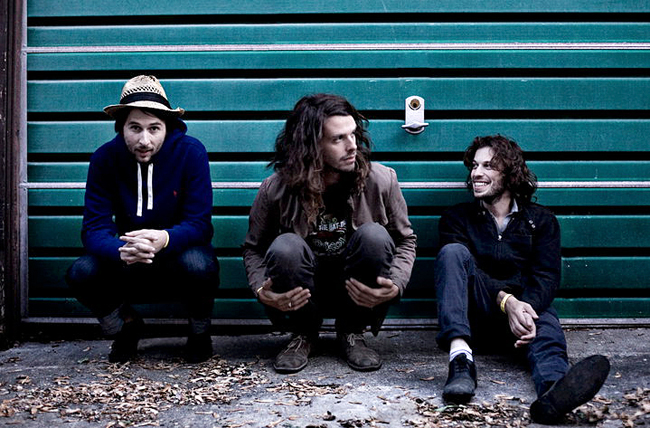 Good Old War are the new kids on the indie-folk block. There’s a pop backbone to their folk-driven songs, combining the sweet harmonies of Fleet Foxes with the down-by-the-beach vibes of Jack Johnson. Such a combination has contributed to the band’s moderate success throughout their career. Their latest album, Come Back as Rain, is no different; it showcases the band’s knack for creating jangling, upbeat folk filled with Beach Boys pop.

“Better Weather” has summer anthem written all over it: “You know we always have each other/if we go, we’ll go together,” sings vocalist Keith Goodwin over sparkling chords. You can imagine listening to this song with a close friend as the summer breeze hits your face, anticipating the vacation. Album opener “Over and Over” begins with tribal percussion, before rolling into patches of luscious, Americana-inspired acoustic guitar. The harmonies are beautiful, giving the song a very natural and primitive atmosphere. The songs on this album are nothing short of beautiful. The countryside narratives that Goodwin provides strive to be like Fleet Foxes’ folk king and lead singer, Robin Pecknold’s music. They’re familiar and inviting, painting landscapes that are easy to get lost in. Each song is infectiously catchy. “Touch The Clouds,” one of the standout tracks on the album, is incredible because it embodies the two things that make this group so great: their folksy roots and pop sensibilities. The chorus oozes with both, the trio’s three-part harmony reminiscent of Crosby, Stills & Nash and the Beach Boys.

Good Old War is all about simplicity — they keep listeners enthused with every elongated note sung and every guitar strummed. The group can obviously hold their own in a genre known for its vibrant guitar melodies and flawless vocal harmonies. Where Fleet Foxes and Grizzly Bear have experimented with psychedelic sounds and unconventional ideas, Good Old War’s straightforward approach works in their favor. It shows that the band has the potential to be among its contemporaries, appealing to both old and new school folksters.

Come Back as Rain is a fitting title for the band’s third album. Their return is relaxed but impressive, dropping down gracefully from a beautiful, pop-folk sky.