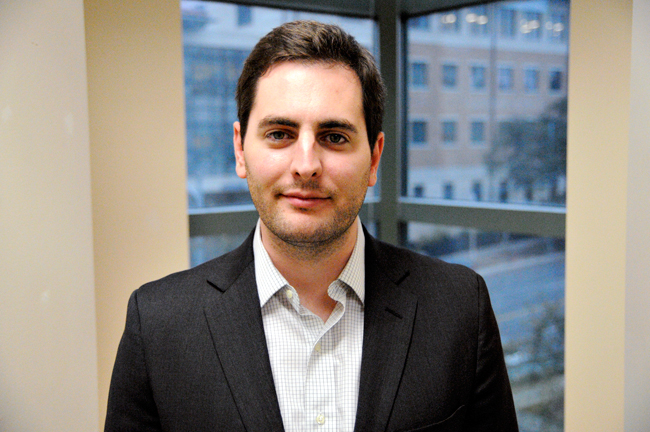 Elliot Tucker-Drob, one of UTs psychology professors, lead a study which links test scores of youth and their attendance of preschool as children. Tucker-Drobs results could help towards reducing the gap between children of privileged and underprivileged families.

Preschool may be the answer to reducing the achievement gap between children from privileged and underprivileged families, according to a psychological study conducted by a UT professor.

Assistant professor of psychology Elliot Tucker-Drob said the study found that the environmental factors accounting for the differences in test scores between children from wealthier families and children from poorer families was about 70 percent for children who did not attend preschool. However, when children attended preschool, the percentage of environmental factors accounting for test scores dropped to 45 percent.

“That’s a pretty good reduction,” Tucker-Drob said. “But even amongst the kids who went to preschools, families were not [equal] with one another. There were still inequalities, they just weren’t accounting for as much variation.”

Tucker-Drob said the reduction in the percentage was seen after children had attended preschool, which increases the confidence that preschool is responsible for diminishing the test score gaps.

He said he got the idea for the study from previous research that showed the achievement gaps on test scores between kids from privileged and underprivileged families grew during the summer and shortened during the school year.

“Not everyone goes to preschool, it is a choice that parents make,” Tucker-Drob said. “A lot of kids do, but there are some that don’t.”

While Tucker-Drob said the results did not surprise him, he said others have argued that children who benefit the most from preschools are the ones who already have an economic advantage, therefore increasing the achievement gap.

“It’s kind of a rich-get-richer hypothesis,” Tucker-Drob said. “My rationale is the children from the poor families are getting something so much better than they would have otherwise gotten if they stayed at home; therefore, the achievement gap should shrink.”

Amanda Highfill, applied learning and development sophomore, said the results of the study did not surprise her.

“The lower-income families are normally kids who don’t speak English as their first language, so it also helps them start speaking that in the schools and preparing them for the grades to come,” Highfill said.

Avana Bree Garza, applied learning and development sophomore, said she thinks required schooling should start at preschool instead of kindergarten.

“I can see why they give parents the option because some parents like to prepare their children their own way, but I think it would be helpful if it was mandatory,” Garza said.