The Shins advance with pop appeal 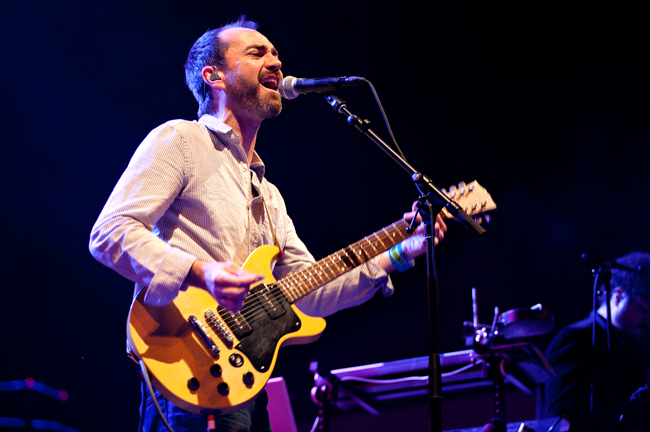 We waited half a decade for a new Shins album. With the delectable and engaging Port of Morrow, the anticipation paid off.

Front man James Mercer has shaken around the line up, recruiting musicians both familiar and new to help him achieve his vision. He put together a fresh touring band that includes Modest Mouse drummer Joe Plummer and guitarist Jessica Dobson, known for her work with Beck.

If you thought 2007’s Wincing the Night Away veered too far afield from the grit of Chutes Too Narrow, Port probably won’t win you back over. But it does reintroduce some of the smart and punchy elements that made Chutes such a smart and unexpected hit.

“Simple Song,” the first single off the album, tells us exactly who these Shins are. The track is synthy and pure fun, with a sincere message about love and life and a chorus hook that doesn’t quit. The video portrays a group of adults at their father’s funeral whose childhood home literally crashes down around them.

These Shins show off everything Mercer’s band has ever been, employing perfect indie mystique on “September” and poppy appeal on “Fall of ’82,” a track you’ll probably want to put on the mix CD you make for that one friend you still like from high school.

Port is lush and packed with movement. Most of the songs would benefit from being heard on vinyl or through noise-cancelling headphones, as the complex arrangements reveal something new with each listen.

Mercer stretches his vocals in surprising ways, perhaps inspired by the chances he took when recording with side project Broken Bells. The ballad “It’s Only Life” and the title track show off Mercer’s range and sweet falsetto. In “For A Fool,” he lulls us with slow, sexy melody and Facebook-statusable lines like “the way we used to carry on is stuck in my head like a terrible song.”

Some tracks, like “40 Mark Strasse,” drag on and get buried under their own weight and I hoped the album would show off more of the harmonies between Dobson and Mercer that the pair carried out so exquisitely during a South By Southwest show at Auditorium Shores. At times, the album feels too smooth and fails to rely on the simple power of expertly-played instruments and well-crafted lyrics. However, in most moments, the album does well.

Mercer wrote and recorded most of the parts and is releasing the album jointly on Columbia Records and his own label, Aural Apothecary. It was recorded in Los Angeles and Portland, and the album’s West Coast feel takes listeners to a cave on the beach. It could be the perfect antidote to the stress a packed I-35. Port’s nice balance of pop, folk and indie will get you through the semester and on into a summer of tank tops and sweet drinks.

The album has hints of later Beatles trippiness, notes of Fleet Foxes simple grace and traces of every good alternative band from the early-mid ’90s. Mostly, though, it sounds like The Shins. And that, Port of Morrow confirms, is a very good thing.