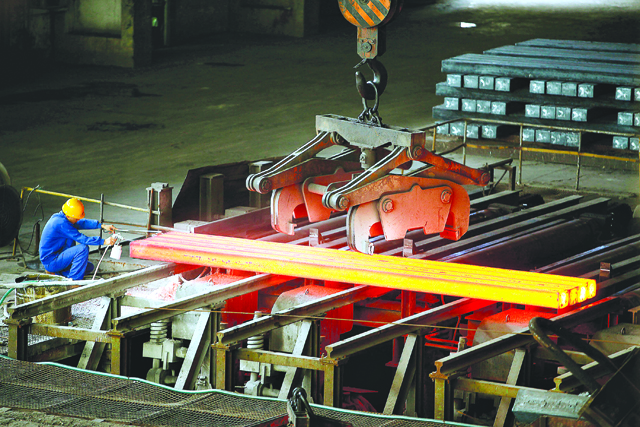 NEW YORK — U.S. stocks drifted higher Monday but lost the momentum from their biggest week of the year. A dividend from Apple, a deal for UPS and the promise of greater demand for U.S. Steel drove those stocks to gains.

An index of homebuilder confidence came in unchanged. Without major economic news or headlines out of Europe, the markets were steered by announcements from a handful of well-known companies.

Apple rose to a record $601.10 after announcing that it would pay a shareholder dividend and buy back $10 billion of its stock over three years. Apple’s stock has already skyrocketed from $405 this year, partly in anticipation of the dividend.

The benchmark New York oil contract rose to $107.63 a barrel, keeping a lid on stock market sentiment as investors worry that will hurt consumer spending and company earnings. Over the weekend Christine Lagarde, the managing director of the International Monetary Fund, said the high cost of crude was a key risk for the world economy.

“Higher oil prices are a tax on the consumer but at this stage of the global economic cycle, when activity is generally cooling, they also represent a stagflationary risk,” said Neil MacKinnon, economist at VTB Capital.

“Momentum has struggled in recent days, in spite of improving U.S. news and a general easing of tensions in the eurozone, as investors try to weigh up whether stock indices can push on much more from their recent highs,” said Chris Beauchamp, market analyst at IG Index.

Printed on Tuesday, March 20, 2012 as: World markets pull back after week of huge growth