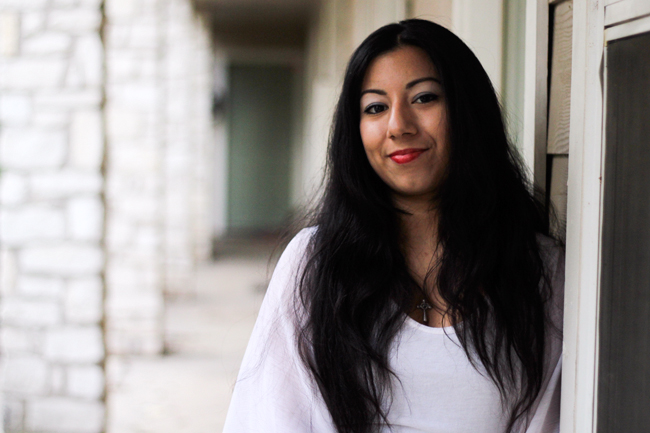 Psychology and philosophy senior Paulina Sosa is one of 50 national finalists competing for the chance to travel to Africa this summer with the anti-poverty groups Chegg for Good and ONE. Twenty will head to Washington, D.C. and only eight will be chosen for the final trip.

A UT student empowering others through her work against poverty is vying for a chance to take her cause to Africa.

Philosophy and psychology senior Paulina Sosa is a finalist for an Are You the One? internship, a program launched by anti-poverty advocacy group ONE and Chegg for Good. Sosa is one of 50 college students across the nation competing for the opportunity to attend the ONE Power Summit in Washington, D.C., in April and travel to Africa this summer.

Sosa, ONE’s Austin congressional district leader, said she wants to be part of the program because it will allow interns direct interaction with poor African communities that are benefitting from advocacy work abroad.

“I would be able to see the impact ONE’s advocacy work is having in the area,” she said. “The program will provide us a better understanding of what we are actually advocating for.”

A Facebook contest will allow voters to choose 20 interns to go to the summit, and based on their performances in Washington, D.C., the top eight interns will be chosen to go to Africa. The voting period ends tonight.

ONE campus program director Matt Higginson said the program was formed to reach out to college students through their partnership with Chegg. The program will provide students the opportunity to further their advocacy work and encourage them to continue pushing their efforts, he said.

“College students are not future advocates, but instead already have a powerful political voice,” he said. “We just provide the platform for them to have their issues heard.”

Higginson said Sosa was an integral part in the creation of the ONE Campaign Student Chapter on campus and is a leader in the Austin community.

Sosa’s interest in advocacy against poverty began when she was 13 years old during a mission trip to Mexico. Her group visited a poor community where a young girl’s gratitude for a simple bag of candy impacted her life.

“Her smile changed everything,” Sosa said. “That’s when my desire to fight poverty began.”

Sosa is a UT Service Scholar and actively works in the community through ONE. She said her main goal is to help others by understanding the development of ideas and individuals who come from various backgrounds.

“I want to help create a dialogue on what’s going on locally and globally,” she said. “I want to understand the impact of an individual’s background on the evolvement of their ideas to better help them.”

Sosa currently interns for Austin’s division of community engagement where she is spearheading the creation of the Austin Youth Council, a city initiative to connect young adults with local issues.

Larry Schooler, community engagement consultant for the city of Austin, said Sosa’s work has been beneficial to the division through the creation of the council.

“It’s rare to give someone her age the reins to create something from the ground up at a city level,” Schooler said. “But it’s only one of the reasons I think she’s destined to do great things whether with this program or elsewhere.”

Schooler said Sosa’s work often inspires others to become involved and empowers individuals in the community.

Sosa said she had never realized how her advocacy work could empower others besides herself until lately. She wants to use her work to show others how to advocate in a society she said is all about numbers.

“Our society works through a government where elected officials need to believe that a large number of constituents care,” Sosa said. “Every voice, even individually, helps add to the ability to make a political impact that will eventually lead to communal change.”