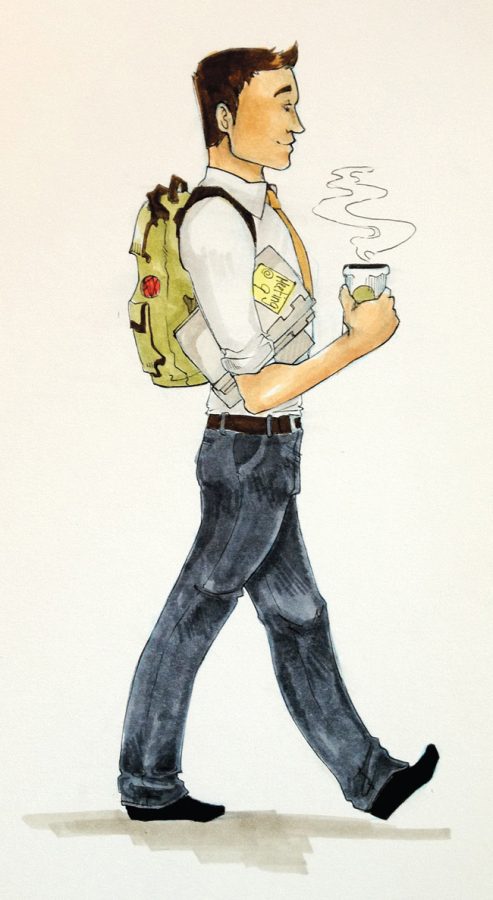 Each spring, students flood to Darrell K Royal-Texas Memorial stadium, resumes in hand and wearing their most impressive business wear for internship and career fairs that offer a last chance to secure a summer or fall internship before the school year ends.

As the economy continues to flounder, the job hunt is more competitive for recent graduates. However, the economy is showing signs of improvement regarding unemployment. According to the U.S. Bureau of Labor Statistics, unemployment among college graduates up to age 24 decreased slightly from 9.8 percent in last February to 8.1 percent last month.

Both students and employers alike have considered internships an integral part of the undergraduate experience that not only boosts the student’s resume, but also his or her work ethic and hands-on industry experience.

According to a survey by the National Association of Colleges and Employers released February, employers plan to increase summer internship hires by 8.5 percent over last year.

“Many students do not take a linear path from major to career, so internships provide skills that will benefit them in any professional position,” Flynn said. “With an internship, students can learn skills such as effective communication, balancing multiple projects, critical thinking for problem solving and working as part of a team.”

He works three days a week from 5:30 to 11 a.m. alongside the show’s producer to create the first two hours of the four-hour show. In addition to operating the production board, he is also responsible for the show’s timing, so that the hosts can leave time for required commercial breaks.

“Trying to get radio hosts who love to talk to understand that ‘five seconds left’ means just that certainly presents a challenge,” Boyle said.

Boyle faces the challenges that many students with internships face: striking a balance between class work, internships, social groups and extracurricular commitments.

“Finals time is always hard, and while I’ve found that most employers are willing to cut back your hours during finals, you are still expected to be professional and most of the time being busy is not a good enough excuse,” Boyle said.

Luke Fernandez, finance and radio television film junior who is currently a student ambassador for Google, also finds difficultly in balancing his course load and extracurricular commitments, which include Undergraduate Business Council and being co-chair of the VIP Distinctive Speakers group, not to mention a personal life.

His responsibilities as an ambassador include training organizations to use Google products and helping market Google’s initiatives in Austin to UT students, such as the brand’s presence at SXSW and Austin City Limits Festival.

As a business student, Fernandez is required to complete an internship to fulfill his degree requirements, but he believes his grades and internship are equally important.

“Doing well as a student ambassador affects whether I will be offered a full-time job at Google when I graduate, but doing well in school affects how I will be evaluated with any other company I want to work for after college and beyond,” Fernandez said.

Michael Bybee, senior public relations manager at Comcast and a regular participating employer at UT career and internship fairs, said that as an employer, internships do more than add a few lines to a student’s resume.

“It shows the student has initiative and applicable skills in a respective professional work environment,” Bybee said.

“Employers usually look for work experience, and internships are often the only way for young students in a competitive job market to get that.”

Both Boyle and Fernandez agree that the key to managing stress while attempting to balance the different realms of student life is to plan ahead. Fernandez abides by a strict schedule, and sometimes plans his weeks down to the hour to save himself from potentially stressful situations.

“The biggest thing that I learned is that opportunities to impress your superiors will not just happen,” Boyle said.

“Ask in advance for a 15-minute meeting or lunch with your superior and present your ideas, and even if they aren’t blown away, they will be impressed by your courage to bring forward new ideas.”

Boyle also believes that one way to take full advantage of an internship is to maintain contact with your boss even after the job ends.

“Whether it’s for a job opening or a letter of recommendation, you don’t want them to forget you, because for the most part you are not their first intern. and nor will you be their last,” Boyle said.

In a competitive job market, internships do more than boost a resume, but also instill industry experience in students as specific as operating a radio sound board or as universal as learning to find a balance between career, class and other commitments.