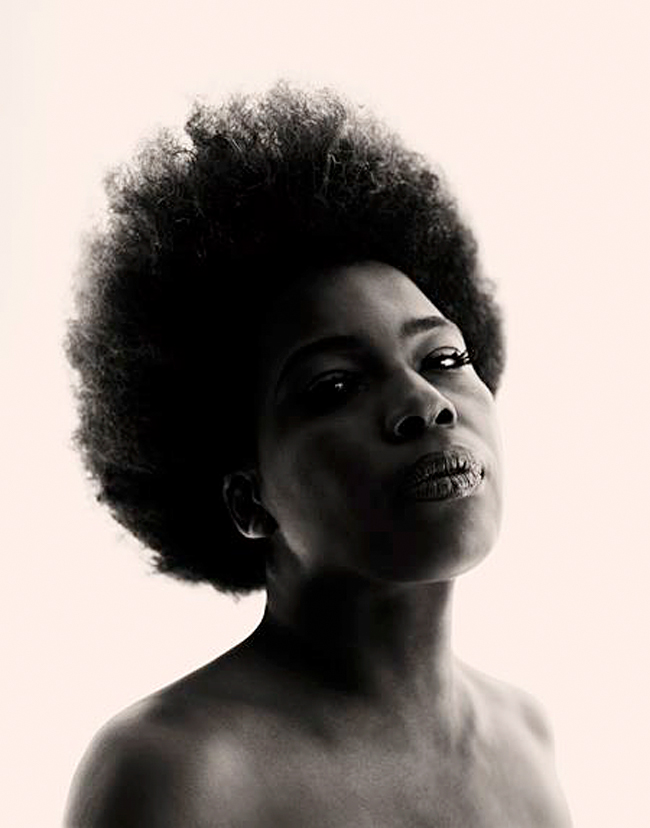 The cover art for R&B/soul songstress Macy Gray’s latest album, Covered, says it all. Naked, but veiled in darkness and hidden under wild hair, the singer-songwriter has a sullen look on her face, staring off into an abyss that seems to reflect the dark atmosphere of the album.

It was a 32 year-old Gray that introduced herself to new listeners with her 1999 hit single, “I Try.” Somber, but undoubtedly soulful, the grieving love anthem became an important part of the raspy-voiced singer’s repertoire.

Fast-forward to 2010, and Gray released her fifth studio album, The Sellout. Criticized for the most part, the album seemed to indicate a stumbling block in Gray’s writing process, with most commenting that both lyrically and vocally, the songstress did not complement the lush production that accompanied her.

Fortunately, this is not the case for Gray’s latest release, Covered, a covers album. The fact that Gray can make such an impressive return to music through the use of songs that span from the early ‘80s to today is a testament to the singer’s creative fervor. The renditions are memorable, and none of them sound like their originals.

Album opener “Here Comes the Rain Again,” originally made famous by Eurythmics, is ominous and haunting. Gray’s raspy pleas of “talk to me” float in a pool of melancholic trumpets, echoing in a cave of loneliness. It’s a fitting song for Gray’s return; after being away from music for some time, it’s as if the singer is searching for herself through the songs that have helped shape her career.

What has always worked in Gray’s favor is her unpredictability. She does what she wants, and although the results have varied in past releases, the move comes off as successful on this release. It’s like when the Foo Fighters covered Prince’s “Darling Nikki,” or Katy Perry’s recent cover of Jay-Z and Kanye West’s Ni**as in Paris”: it sounds so strange, but you can’t help but smile.

Although the album lacks any new material, Covered is worth listening to. The laugh-out-loud song selection is great, but it also shows that Gray still has the potential to make a cover-free comeback in the near future.