“Wrath of the Titans” is improvement from precursor, still lacks caliber 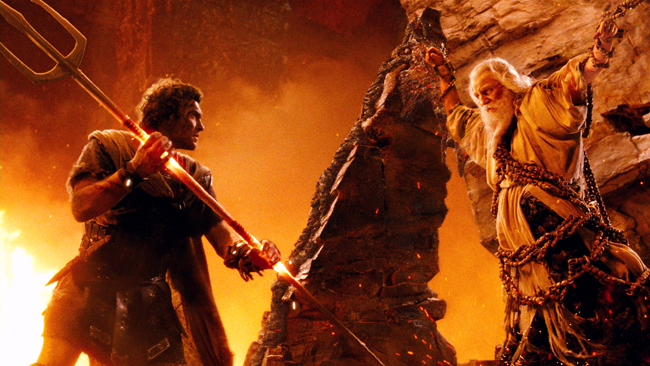 No one was really asking for a sequel to 2010’s “Clash of the Titans.” After all, that film was an absolute mess; a horrendously written money pit that somehow managed to nail the casting of its mythical figures, but completely mishandled their portrayals. Any film that can bungle Liam Neeson as Zeus doesn’t deserve a second chance, and yet, Warner Bros decided to take another shot at this world and these characters. While “Wrath of the Titans” certainly isn’t at the height of its genre, it’s a vast improvement over the first film and pretty entertaining to boot.

The film picks up roughly a decade after the first. Perseus (Sam Worthington) has renounced his father, Zeus (Neeson), and is living as a human with his son. When Zeus is trapped by Hades (Ralph Fiennes) in an attempt to free their father Cronus, Perseus is drawn back into the struggle between gods and men and also has to contend with envious half brother Ares (Edgar Ramirez).

“Clash” director Louis Leterrier was replaced by Jonathan Liebesman between films, and it proves to be a mostly fruitful decision. With his last film, “Battle Los Angeles,” Liebesman displayed a good sense for racing through tedious character setup and goofy dialogue to get to the action, which he shoots with a gripping immediacy. All of those traits are on display here. Liebesman makes the film’s convoluted setup painless and quick, and before the film’s first reel is up, he’s thrown us into our first action sequence, an entertaining, visceral battle with a chimera.

Unfortunately, Liebesman struggles with later action scenes. Too many of the film’s biggest beats lack a sense of geography or consistency, leading to general incomprehensibility. Even so, he recovers nicely for the finale, which manages to bring the film’s narrative to a satisfying, appropriately rousing climax and impresses in terms of scale, narrative movement and special effects.

It’s a shame that so much of “Wrath’s” action is a failure, because the film’s story is paper-thin, a mishmash of Greek mythology’s MVPs thrown together with the creativity you might expect from a 7-year-old breathlessly banging his action figures together. The film’s dialogue is often hilariously obvious, and Sam Worthington continues to be a charismatic black hole, not especially likeable or sympathetic, but good-looking enough to be classified a leading man nonetheless. Better casted are Ralph Fiennes and especially Liam Neeson, whose steely gravitas is fantastically suited to the Greek gods of lore.

“Wrath of the Titans” isn’t always great, and it’s often pretty stupid. Even so, Liebesman gets a few moments to show off some legitimate chops for action, and Liam Neeson gets to be Zeus, which is all I really wanted from these films to begin with. It’s a massive step up for the franchise, but in a week where theaters around the country are playing “The Raid: Redemption,” it’s a huge step down for action fans.