‘Call Me Maybe’ rises in popularity as summer anthem 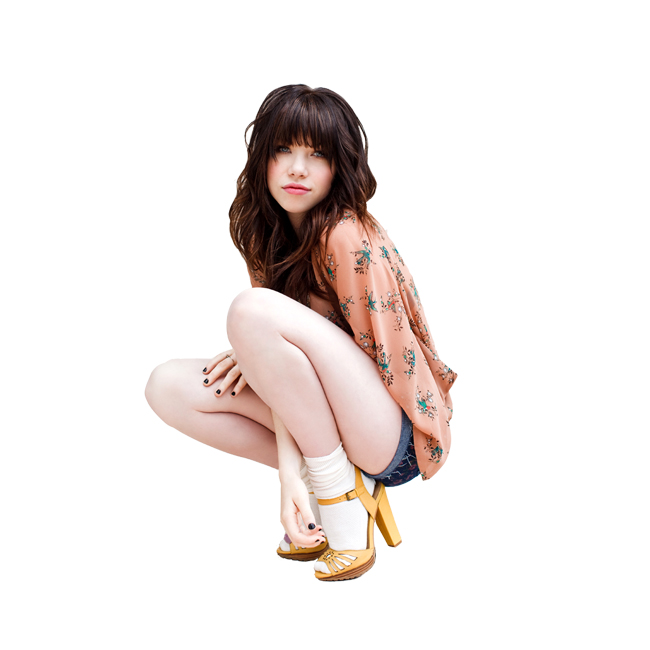 But one earworm of a ditty is poised to become the stealth jam of the summer: Carly Rae Jepsen’s bouncy tale of flirtation, “Call Me Maybe.” At this point, you’d be easily forgiven for not having heard the song, or even of Jepsen herself; she was the 2007 runner-up on Canada’s version of “American Idol,” and her single hasn’t yet broken the Billboard Top 40 radio charts (it’s currently floating around the 70s).

But Jepson’s irresistibly sugary tune has flourished online. As of Thursday night, “Call Me Maybe” occupied the No. 7 slot on Billboard’s digital chart, which tracks online downloads regardless of genre. The seemingly golden touch of Justin Bieber’s recommendation rocketed “Call Me Maybe” to its current level of Internet fame.

After initially tweeting his love for the song back in December (“Call me maybe by Carly Rae Jepsen is possibly the catchiest song I’ve ever heard lol”), Jepsen signed to Bieber’s own Schoolboy Records, making her a shoo-in for the position of new teen-pop darling despite her practically ancient age of 26.

The video (which has now been viewed more than 29 million times) looks like the famous bunch filmed it at a co-ed sleepover; they’re dancing in what looks like someone’s kitchen and living room, sporting fake mustaches and ultra-casual T-shirts and tank tops, making silly faces and at one point forming a conga line. In short, it’s a fascinating glimpse of superstar teens acting like the goofy kids who live down the street — catnip for tween fans who want to believe more than anything that their favorite stars are just like them.

As for the song itself: it’s the prefect teen pop crossover bound to follow in the footsteps of Gomez’s “Love You Like a Love Song” and “Boyfriend,” Bieber’s new single that shows off a slightly edgier side; whether that attempted edginess actually works is up for debate.

The song’s lyrics are a strange mixture of summer romance cliches (“Before you came into my life, I missed you so bad,” anyone?) and surprisingly apt descriptions of what it’s like to be struck with infatuation by someone so blindingly good-looking as the object of Jepsen’s affections (“It’s hard to look right at you, baby”).

For all of the song’s virtues (Jepsen’s perfectly bland, unobtrusive vocals; the fun, bouncy tempo and its simplicity), what makes “Call Me Maybe” an unforgettable song is just that — it’s unforgettable. After a few spins, you’ll be incessantly singing about ripped jeans, hot nights and trading your “soul for a wish” (whatever that means) for weeks.

I have a feeling that “Call Me Maybe” will be the pinnacle of Ms. Jepsen’s career — while she’s a serviceable singer, cute and reasonably fun to watch on-screen (the “real” music video depicts Jepsen checking out a guy through her window only to discover that he’s gay), the song itself is the true star here. Selena Gomez herself could be singing it instead of Jepsen and it would have the same effect.

But hey, we’ve just met her. There’s a chance she’ll surprise us.