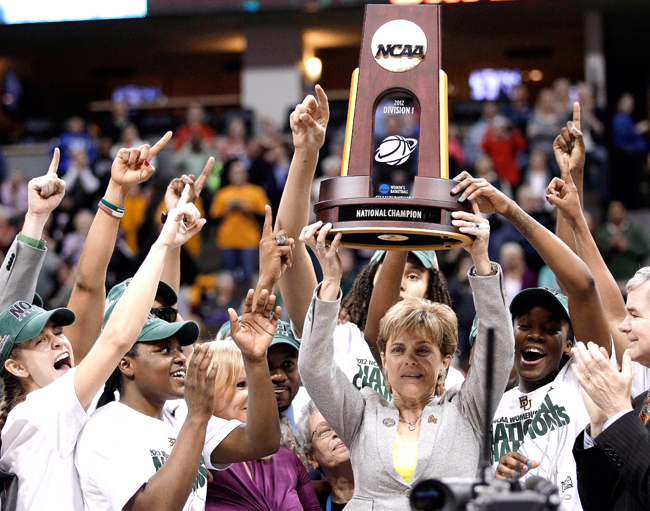 Baylors mens and womens basketball programs experienced plenty of success on the court in 2012, including the Lady Bears perfect 40-0 season, however, both programs are now marred in a recruiting scandal.

Baylor’s men’s and women’s basketball programs are currently under investigation regarding a series of more than 1,200 impermissible texts and calls to potential recruits.

According to reports obtained by ESPN, men’s coach Scott Drew and women’s coach Kim Mulkey were among a number of alleged offenders extending into many of the school’s sports programs. The activity occurred over a 29 month span. The NCAA produced a 66 page document highlighting what it called “major violations,” because of the frequency with which these impermissible texts and calls occurred. There are a number of secondary violations, but the texts and calls are the focus of the investigation. Baylor has already placed self-imposed violations and it will wait until the NCAA comes to a decision regarding possible sanctions before releasing more information. The school released a statement saying it “remains committed to protecting the integrity of the totality of the case in accordance with its obligations under NCAA legislation, and therefore the University, and its officials, will make no comment.”

The report focuses on Drew’s and Mulkey’s staffs. It stated that assistant coaches in both programs played a part in the 738 impermissible text messages and 528 impermissible calls made over a span of nearly two-and-a-half years.

NCAA president Mark Emmert said the NCAA can’t comment on the details of the matter since the investigation is under review.