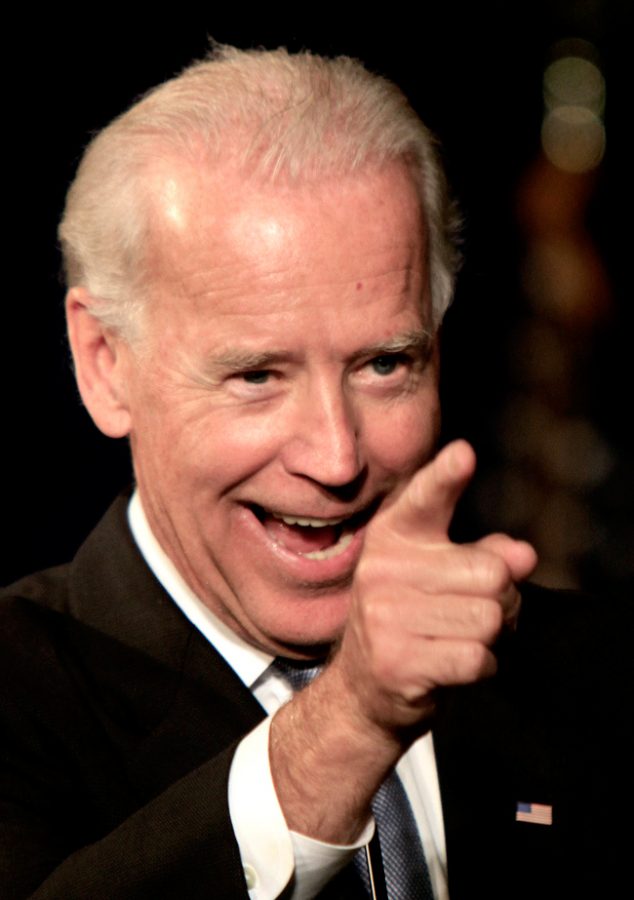 In a campaign speech delivered at New York University Law School, Biden laid out a robust defense of President Barack Obama’s foreign policy record while eviscerating Romney for lacking vision and for “distorting” Obama’s record in a way that has been counterproductive to U.S. interests.

“If you’re looking for a bumper sticker to sum up how President Obama has handled what we inherited, it’s pretty simple: Osama bin Laden is dead and General Motors is alive,” Biden said, saying Obama’s decisions on both foreign and domestic policy had made the U.S. safer.

Biden cast the former Massachusetts governor as an inexperienced foreign policy thinker who would delegate decisions to staff and advisers. He also hit Romney on his reputation for flip-flopping on issues.

“We know when the governor does venture a position it’s a safe bet that he previously took or will take an exactly opposite position,” Biden said, noting that Romney had originally supported setting a time frame for pulling U.S. troops from Afghanistan only to later criticize Obama’s plan to do so by the end of 2014.

Biden repeatedly used Romney’s own words against him, such as when Romney downplayed the significance of capturing Osama bin Laden during Romney’s 2008 presidential bid and, more recently, when Romney said Russia was the United States’ gravest geopolitical foe.

“As my brother would say, ‘Go figure,’” Biden said to laughs.

In response, Romney adviser John Lehman accused the president of a “gross abdication of leadership” that could have practical and political consequences.

“Why is the United States under Obama abdicating its leadership for keeping stability in the world?” asked Lehman, Navy secretary in the Reagan administration, during a conference call Romney’s campaign arranged with reporters before Biden spoke. “This is a serious crisis and perhaps could be the central issue in the campaign.”

Lehman continued: “The Obama administration in a very studied and intentional way is withdrawing from leading the free world and maintaining stability around the world — what Obama calls leading from behind. But the reality is it’s opening up huge new vulnerabilities.”

Obama has not described his foreign policy as “leading from behind.” Republicans used the phrase to chastise Obama for his handling of last year’s uprising in Libya.

Biden recited Obama’s foreign policy achievements, noting that he ordered the attack that killed bin Laden and fulfilled a campaign promise to end the Iraq war. Biden said Obama repaired alliances with other nations, particularly with geopolitical partners in Europe and Asia.

He also pushed back particularly hard on Romney’s attacks on the Obama administration’s handling of Iran and Israel, two areas where Republicans have been sharply critical of the president.

On Iran, Biden said Romney’s call for crippling sanctions and a U.S. military presence in the Persian Gulf to prevent Iran from developing a nuclear weapon simply mirrored Obama’s approach.

“The only step we could take that we aren’t already taking is to launch a war against Iran. If that’s what Gov. Romney means by a ‘very different policy,’ he should tell the American people,” Biden said.
On Israel, Biden said Obama has stood firm in support of the Jewish state — often alone and facing criticism from other allies. He noted that Romney had accused Obama of “throwing Israel under the bus.”

“The governor is falling back on one of his party’s favorite tricks of late — distort and mischaracterize your opponent’s position. Keep repeating the distortions and mischaracterizations over and over again,” Biden said.

Biden said Obama had adhered to President Teddy Roosevelt’s admonition that, on foreign policy, a president should speak softly and carry a big stick.

“I promise you, the president has a big stick,” Biden said.