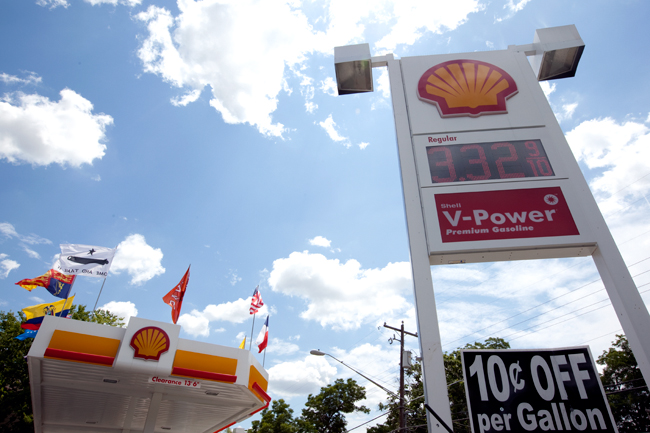 According to GasBuddy, the Shell on the corner of 45th and Duval Streets had the lowest gas price in the area.

Retail gasoline prices across Texas have dropped an average six cents this week in a slide that began two months ago.

AAA Texas on Thursday reported the average price per gallon has settled at $3.38. Gasoline prices nationally also fell six cents to reach at average $3.56 per gallon.

AAA says it’s the eighth week in a row for declining retail gasoline prices in Texas, where a year ago the cost was $3.59 per gallon.

Amarillo has the least expensive gasoline this week, at $3.31 per gallon. AAA says motorists in El Paso are paying the highest average cost, at $3.57 per gallon.

The average price per gallon of gas in Austin and San Marcos is currently at $3.41, according to the AAA Texas Weekend Gas Watch report.