A VETERAN’S VOICE: Skin in the Game 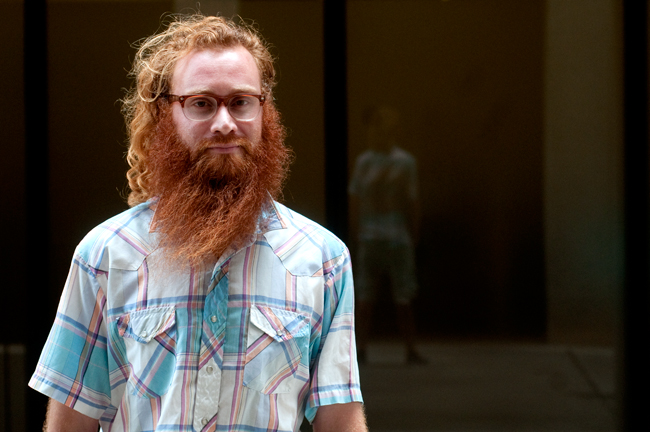 Paul Theobald served in the Navy as an electronics technician from 2004 to 2009.

There is constant, contentious debate in politics, especially these days. But even our politicians agree that our national debt is a problem that needs fixing. Today, it is somewhere around $15.8 trillion and climbing, according to usdebtclock.org. There are many contributing factors to the debt, but the U.S. military’s endeavors in the past decade have contributed a significant amount.

War is neither free nor inexpensive, and reimbursement is not guaranteed to nations who wage it. Over the past 11 years, the U.S. military has incurred costs from war that this country has yet to pay. Instead of raising taxes or cutting spending to pay for military action, we cut taxes and borrowed more money. These fiscally unsound practices are reflected in our multi-trillion dollar debt.

Yet somehow our military involvements have not been expensive enough. As a nation, we do not have enough skin in the game to understand the true costs we pay in blood and treasure. As a people, we do not fully understand our military endeavors’ cost to our society. Military action has not cost most of us as individuals enough to make us care, and the burden of that action rests on a minority. In our daily lives, we are sheltered from war and its deadly events. Less than 1 percent of Americans commit themselves to mortal danger abroad in defense of our democratic ideals and national security.

Our leaders, most of whom were chosen in elections with low voter turnout, do not appear to recognize or to address the causal relationship between defense spending and the national debt. Estimates produced by a study at Brown University looked at the post-Sept. 11 conflicts and placed the cost of Iraq, Afghanistan, and Pakistan close to $4 trillion dollars, nearly a quarter of the national debt.

To address these issues, I support the reinstitution of the draft. When the draft is reinstated, we will see a substantial rise in voter turnout at the very next election, scrutiny of defense spending and accountability in government. These changes will occur as a result of the redistribution of military recruitment demographics. Presently, a majority of military members originate from backgrounds with little opportunity or choices. I joined the Navy, serving in the engine room of a nuclear submarine, to earn educational benefits so that I could afford a higher education. The draft would introduce a new awareness of the impact of our military endeavors into more segments of our society. A draft would bring all aspects of war, including fiscal aspects, into our political discussions.

I am optimistic enough that reinstituting the draft will be the beginning of a solution to our military-fiscal problem and will suggest an additional option for alleviating a greater problem of a lack of democratic participation.

If we begin mandating that all young adults, after completion of high school, participate in a period of two years of civil service, we will greater engage citizens who, by virtue of their age, are newly endowed with the responsibility to vote. Positions in entry-level and low-skilled areas of certain governmental and non-governmental service and bureaucratic organizations could be provided at low wages to aspiring students. After participating in such a mandatory service program, the young adults would in turn receive substantial financial assistance modeled after the incredibly successful GI Bill towards a college degree, technical, vocational or certificate training.

It all boils down to this: The more engaged in the democratic process and informed about our government and its policies, the more active we are in voting. It is by voting that the individual is able to decide which leaders are accountable, what policies are sound and what leaders and policies deserve to be thrown out. An active and informed citizenry makes democratically elected leaders either perform efficiently or lose their jobs.

Theobald is a government and philosophy major from Austin.