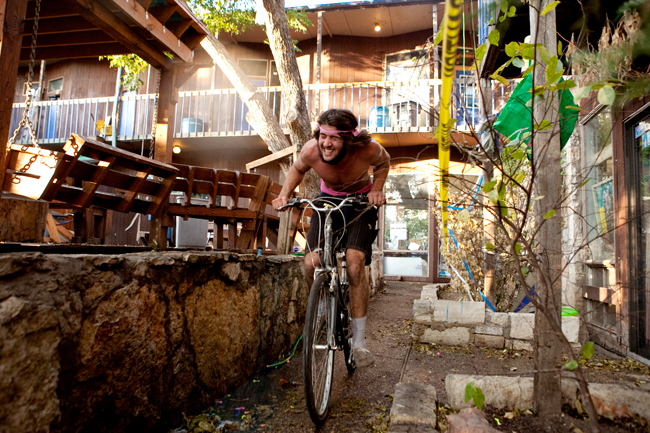 Co-op residents are fighting a new proposal that may make it difficult to build new Greek houses or co-op buildings in the area surrounding the UT campus.

Proposed by Austin City Council, the Limitation of Group Residential in MF-4 proposes to rezone the surrounding areas of the UT campus and ban any future buildings with community kitchens, which includes co-ops and Greek houses. The rezoning affects a portion of West Campus, but it mainly targets North and East campus areas, where there are single-family homes. If the resolution passes, the Central Austin Neighborhood Planning Advisory Committee will be in charge of rezoning.

Taos Co-op director and English senior Justus Berman, who is one of the students fighting the proposal, said he and fellow co-op residents are sending letters and petitions to the council in opposition to the proposal.

“CANPAC is trying to preserve single-family housing,” Berman said. “They don’t want the property values of their homes to be driven down by frats or that kind of thing.”

But Berman said students often live in co-ops because of their cost-effectiveness. For example, to live with a roommate at the Taos Co-op at 27th Street and Guadalupe Street is $550 a month, which includes three meals a day.

Berman said while the ordinance would not make it technically impossible to build a co-op or fraternity home, it would be extremely difficult.

“This proposal is going to create this application, and the application takes a month to go through,” Berman said. “Because of the way the property sells, you would never be able to buy the property in time.”

Berman said CANPAC is set to vote on the rezoning Aug. 17, but he is hoping they can delay the vote.