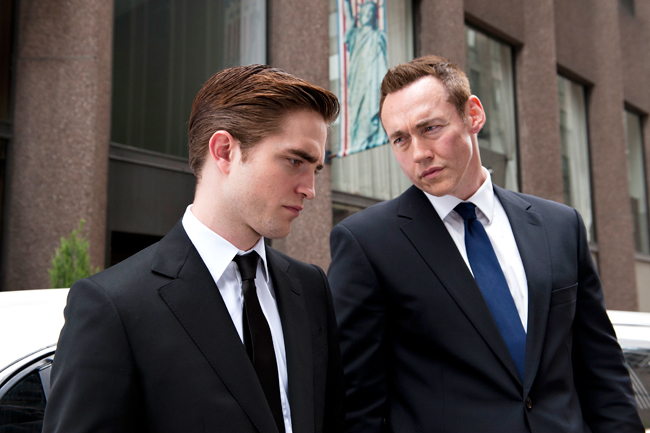 When the pieces of David Cronenberg’s adaptation of Don DeLillo’s “Cosmopolis” began to fall into place, the biggest question mark was always Robert Pattinson, who plays billionaire Eric Packer. After all, Pattinson is wrapping up his time with the “Twilight” franchise, and audiences sick of Edward Cullen may still have some sneaking curiosity about Pattinson’s skills outside of the sparkling blood-sucker that made him famous. Unfortunately, while Pattinson’s performance in “Cosmopolis” is disappointing, it is also far from being the weakest link in the film.

What vaguely recognizable plot the film has consists mostly of Pattinson cruising around Manhattan in his tricked-out limo, which functions as his office and living quarters. His bodyguard (played by Kevin Durand) is weary of a threat to Packer’s life, but Packer seems more interested in a cross-city journey for a haircut.

If that all sounds a bit vague, it’s supposed to. The film’s dialogue is full of plodding, abstract discussion, and Pattinson flounders when asked to deliver this dialogue with any sort of depth. Instead, he remains buttoned up and stiff throughout the film, and his performance completely fails to evoke any understanding of emotional connection to his character. The film is essentially a revolving door of truly skilled actors like Jay Baruchel, Juliette Binoche and Samantha Morton saddled with delivering passages that may have worked on the page, but sound like psuedo-literary babble when spoken outloud. Only Paul Giamatti, who appears for a long stretch at the end of the film, brings anything different to the screen.

Cronenberg wrote the film’s screenplay, and his adaptation of DeLillo’s work is tepid all-around. Films like “Dead Ringers” have shown that Cronenberg knows how to make an icy protagonist compelling, but Eric Packer is too broadly written, a fountain of ideas that never come into focus in any meaningful way. The best dialogue is used to tell a story and craft a character at the same time, but because “Cosmopolis” is fatally short on both, much of the film just comes across as philosophical dribble. The film’s visuals are just as stagnant, with much of the action taking place in Packer’s limo or similarly small, drab spaces that Cronenberg fails to make visually interesting.

There are lots of interesting alleys to explore in the world of “Cosmopolis,” especially a cult that promotes using dead rats as currency, but Cronenberg pushes those elements to the fringes of the film, despite how much more interesting things become when he delves into the world outside Packer’s limo. Between this and last year’s equally sterile “A Dangerous Method,” it’s easy to get the impression that Cronenberg has lost his flair, his penchant for exploring the squirmy unknown, and one can only hope his next film will be more in line with the fearless, fascinating work we’ve come to expect from the director.

Printed on Thursday, August 30, 2012 as: Overambitious film fails to measure up to hype