Crew up the creek 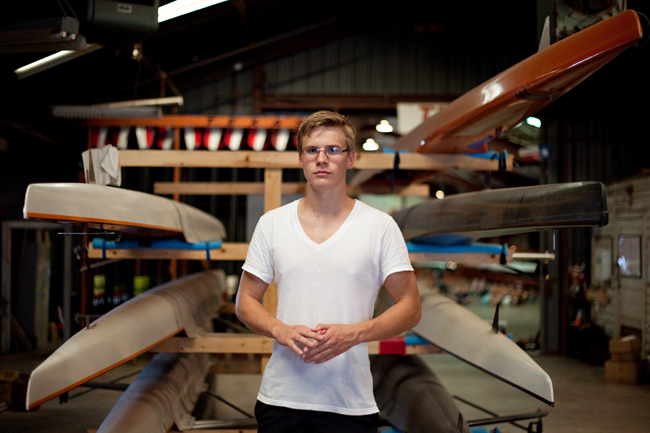 Texas Crew has two weeks to find storage for 28 boats and equipment after losing their home of 20 years, a Town Lake warehouse, sold earlier this month. Citing the clubs dilemma and recent departures from the team, Texas Crew team captain Ian Yeats said, A lot of people think its over, but its not. Itll be different.

UT’s Texas Crew has two weeks to find somewhere to store its 28 boats, previously housed in a Town Lake warehouse sold earlier this month. If the organization does not find alternative storage, it may be forced to put down its oars and sell the boats.

The previous land owner, Hixon Properties, allowed the crew team to store its boats rent-free for the past 20 years, asking only for utility payments and maintenance, Texas Crew coach Nate Fox said. Hixon Properties sold the land to an Austin development company, World Class Capital Group. Now the team must seek out a new practice facility large enough to hold its equipment on waterside land or be forced to sell off its fleet or reduce the size of the team.

“It’s certainly up in the air,” Fox said. “I’m lucky to have a squad that will run with it. We’re not pouting. If we were, we would be in a lot of trouble.“

Fox said the Austin rowing community has provided a short-term storage solution. He also said other area clubs have been generous and are able to offer more than the University can with this short time frame.

The team is part of UT’s Division of Recreational Sports, a program that allocates funds to competitive sports teams for students whose sports are not represented at the varsity level. It also funds those who wish to compete outside National Collegiate Athletic Association Division I athletics, the highest level for collegiate sports.

Texas Crew has about 100 members, men and women, whose dues and fundraising account for the majority of the team’s budget, Fox said. The organization received $13,000 from Rec Sports this year.

The team recruits heavily each fall, and many team members come into the program as freshmen with no experience. Electrical engineering senior Nick Wood said he got his start as a freshman with no experience, then advanced to the club’s top team. Wood said he was concerned about losing the space but is confident that his team will have a good season regardless.

“It’s the equivalent of having to move back with your parents,” Wood said. “We’ll be moving in with another club. We won’t have a space to call our own.”

“We’ve had the situation happen many times,” McKenzie said, referencing issues with gymnastics, baseball and roller hockey clubs encountered in years past. “The unique thing about rowing is the large membership and large amount of stuff they need to store.”

For example, UT Roller Hockey, McKenzie said, lost its rink in Austin and was without a practice space for a year. It squeezed in practices before tournaments in other cities.

McKenzie said he has communicated with the crew team nearly every day since it learned its space would be sold. Still, Texas Crew is an off-campus club and will need to get creative and lean on the rowing community in the short term since Rec Sports cannot give the team any immediate monetary assistance.

“The timing is bad. They are in the middle of recruiting season,” McKenzie said. “I have confidence that there is strong enough leadership in place for them to figure a way out of this box.”