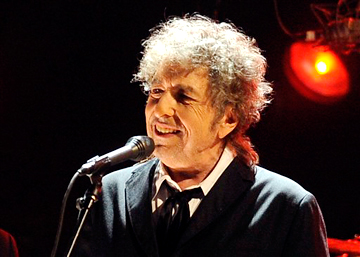 Opening with the innocuous, melodious chimes of “Duquesne Whistle,” Bob Dylan’s 35th studio album, “Tempest,” is a passenger train that blasts off from 1940s small-town Midwestern America (appropriate, given the singer’s place of origin) and barrels through a 68-minute odyssey that includes stops at the War of 1812, “Scarlet Town,” Ancient Rome and the middle of the Atlantic Ocean before disembarking at its final destination of melancholic 1980 New York City.

The album, released a full 50 years after Dylan’s eponymous 1962 debut, picks up right where 2009’s “Together Through Life” left off, finding the mercurial 71-year-old troubadour in his latter-day roadhouse bluesman mode. He is augmented by his impeccable touring band (featuring Austin guitar prodigy Charlie Sexton), along with Los Lobos multi-instrumentalist David Hidalgo on guitar, accordion and violin.

The first obstacle one has to overcome when listening to Dylan albums of the last few decades is his impossibly gruff croak of a vocal delivery. It will immediately turn off a majority of younger listeners. Most music fans do not have the patience to withstand Dylan’s bleary vocal grate. However, for the music fan of more esoteric taste, there is no artist dead or alive that can paint a sonic picture quite like Dylan.

Although his musical skills have diminished considerably — he no longer possesses the energy that once made him capable of flooring audiences either with a full band or just an acoustic guitar — he still has the incomparable ability to turn a simple phrase into something that can make you laugh out loud, break your heart or both, as when he belts out the couplet, “You’re the only thing alive that keeps me going / You’re like a time-bomb in my heart.”

Rich lyrical imagery pervades the album’s 10 tracks, with the British burning down the White House in “Narrow Way,” the singer “Paying in Blood” that’s not his own two tracks later, then leading the listener through a harrowing description of the “ivy leaf and silver thorn” of “Scarlet Town” (“If love is a sin, then beauty is a crime / all things are beautiful in their time”).

Three of the album’s most vivid lyrical portraits are reserved for the very end, starting with the Muddy Waters-style blues stomp “Early Roman Kings.” Dylan provides his usual smorgasbord of imagery, all connected by the central simile of the title. It’s hard to imagine anyone else making music like this, aside from perhaps Tom Waits.

The same can be said for the title track, a 14-minute, 45-verse Irish dirge in three-quarter time about the sinking of the Titanic that actually references “Leo drawing sketches” along with the dreaming night-watchman and the ill-fated third-class passengers trapped in the decks below. The melody gets a little tiresome by around the 12-minute mark, but the verisimilitude of the story is never broken.

The album closes with a heartfelt tribute to fellow rock icon John Lennon. Filled with references to Lennon’s life and lyrics, the song tells the story of an artist “cooped up on that island far too long” (England? Manhattan? Earth??) while revolving around the poignant refrain, “Shine a light / Movin’ on / You burned so bright / Roll on, John.”

Ultimately, Bob Dylan’s music is not for everyone. For most listeners, the innumerable singing, dancing, major-label puppets currently populating our collective cultural sphere of consciousness will suffice. However, “Tempest” presents a more challenging listen, one that actively engages the listener’s attention.

It is a rare find in this day and age, one that is well worth the long ride.