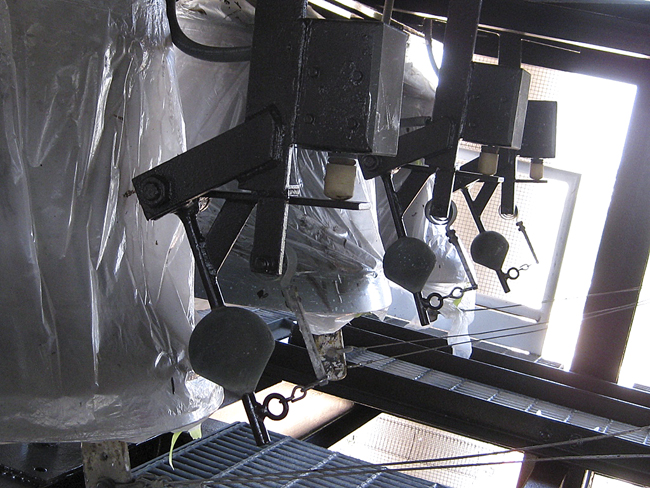 From Nov. 1 until Jan. 31, the carillon bells housed in the UT Tower will be out of commission for a $71,000 project to repair years of wear and tear, Bill Throop, director of project management and construction services, said. Throop said the bells have been in partial operation for the last four months because a $331,000 walkway was being built around them. He said the bells will resume normal operation Thursday and continue until the November project begins.

Throop said he feels it is important for the University to preserve the bells, as they have become an integral piece of UT’s culture.

“It’s just part of the fabric of the campus,” he said.

Joshua Cook, spokesperson for the office of the vice president for Student Affairs, said the bells have a long history at UT.

Throop said normally the bells go off every quarter hour. They chime the correlating number of times for each hour on the hour and once on the quarter, half and three-quarter hour. Also, tunes are played on the bells several times throughout the day by professional keyboardists inside the tower, Throop said.

He said the University decided to build the walkway around the bells after receiving complaints from workers that the area should be more in line with current construction safety standards.

“Expectations have changed with regard to what workers are expecting from the standpoint of safety on a project,” Throop said. “So in this case, our workers who were going up there regularly said, ‘We can get up there and we can maintain these, but if we had a catwalk, it would be better.’”

Throop said while working on the walkway, and in recent years, the wear and tear on the bells became increasingly apparent, and repairs were deemed necessary.

“More and more often, [UT staff members] were having problems with individual keys and individual bells,” he said.

UT alumnus Nathan Crenshaw said he hopes the construction goes well and the bells last for a long time, as he is well aware of their importance to the campus community.