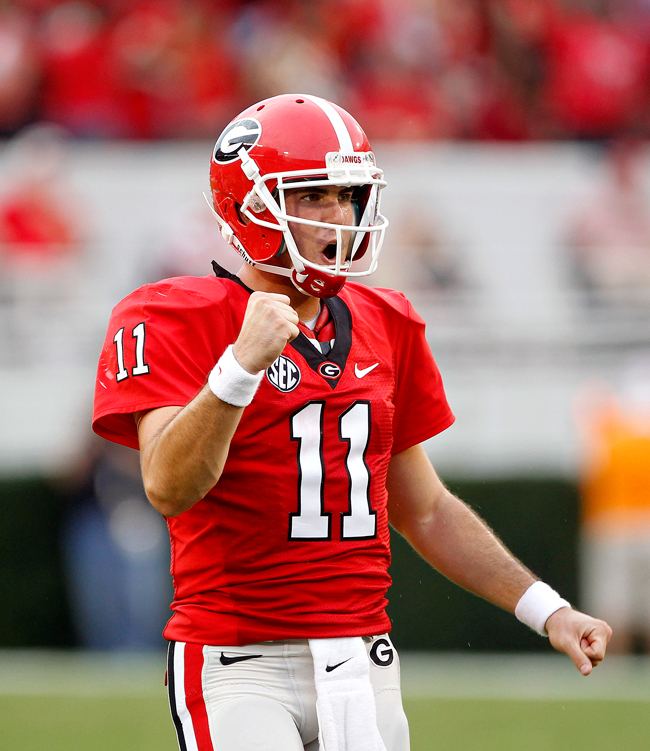 If there was any question as to who lead the Heisman race after four weeks, Smith destroyed them along with the Baylor defense to take control of the Heisman Race. He entered last Saturday as the semi-favorite, but 656 yards and eight touchdowns later, and he is already being given the trophy before a snap is played in October. He is the definite leader right now, but there is a lot of football to be played, and many chances to stumble along the way. Road games against Texas, Texas Tech, Oklahoma State and Iowa State aren’t excruciatingly painful. But having Oklahoma and Kansas State bring their brand of tough football into Morgantown could result in a pitfall. The worry for Smith is that his stats won’t get any better than last weeks. The Big 12 may not be loaded with defenses, but he won’t face one as weak as the Bears until he plays Kansas to conclude the season.

Florida State had a tougher-than-expected time against South Florida, but was still able to get a win. Manuel put up solid stats, but again, he wasn’t a world beater. His production will never match Geno Smith’s so he needs to be impressive and he needs to have big wins. That could be a problem. There are currently two ranked teams in the ACC. One is Florida State, the other is Clemson, a team the Seminoles already beat. The November matchup between Florida State and Virginia Tech looked good three weeks ago, but the Hokies have fallen apart at the seams and are not the kind of team to boost Heisman hype.

No one is mistaking Klein for Barry Sanders this season. His game isn’t pretty. He doesn’t make glamorous plays. He doesn’t light up the stat sheet like the afformentioned Smith does. All Colin Klein does it do what he needs to do for the Kansas State to win. He is getting far more love than he did for the same work last season, but like Manuel, he will never put up gaudy numbers. He has 1,000 less passing yards than Smith, and that gap will only continue to grow in the coming weeks. In order for Klein to win the Heisman Trophy, Kansas State has to go undefeated. One loss will terminate his chances. Griffin and Tebow won the award with tremendous seasons on three and four loss teams. Klein will not put up the kind of numbers those two did, and can’t make the kind of eye-grabbing plays that they made. As long as Kansas State keeps winning, Klein will have a chance at the Heisman, but his margin for error may be smaller than everyone else’s.

Murray has staked his claim as the top offensive weapon in the SEC. He’ll play a nasty South Carolina defense this weekend with the Gameday crew on hand. An Oct. 27 showdown with Florida in the World’s Largest Outdoor Cocktail Party could carry more weight if the Gators are able to top LSU and South Carolina before facing the Bulldogs. Murray needs to root for the Gators in every game because he doesn’t get a shot at Alabama or LSU in the regular season. An SEC title win over Alabama would be a boon to his campaign, but he has to get past the Gamecock defense first.

This season, the title of best defensive player has fallen to Te’o for his work in leading Notre Dame’s defense to impressive heights. His campaigns problem lies in that there is no way he can make every tackle of every play. Quarterbacks touch the ball on almost every play and stud running backs can carry the ball almost 30 times a game. Getting over 100 tackles is a necessity, and any additional sacks and interceptions he can create would greatly help his case. Fortunately, Notre Dame has no shortage of high profile games, and if he can shut down Stanford, Oklahoma and USC like he did Michigan State and Michigan, then Te’o could have the best defensive resume since Woodson.