Lukewarm script lacks the spirit of predecessor in ‘Taken 2’ 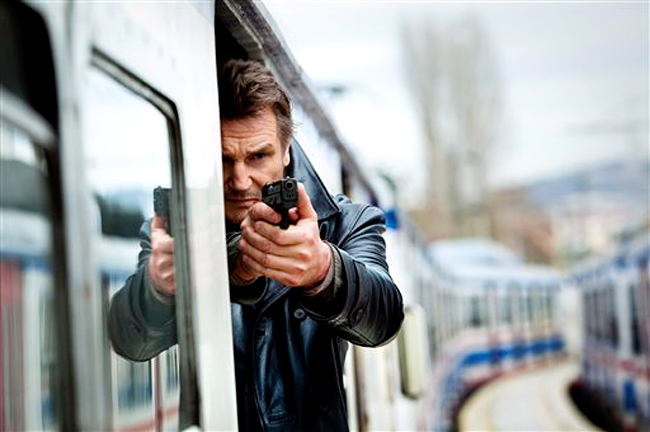 Once upon a time, Luc Besson was the crown jewel of French action cinema. Works like “La Femme Nikita,” “The Fifth Element” and “Léon: The Professional” are memorable landmarks of the genre, and Besson had a fresh sensibility for how to stage an action film. And now Besson is the guiding hand for flat, unexciting disasters like “Colombiana,” “The Transporter 3” and the extremely disappointing “Taken 2.”

Those three films were directed by frequent collaborator Olivier Megaton. Beside his admittedly awesome name, Megaton has made a career of ineptly staging action scenes and forcing actors to choke out tepid dialogue, and “Taken 2” is no different.

Set in the aftermath of Bryan Mills’ (Liam Neeson) rampage across Europe to find his daughter, Kim (Maggie Grace), “Taken 2” focuses on the families of Mills’ victims. Most notable among these is generic bad guy Murad (Rade Serbedzija), whose son was killed and who launches a plot for revenge. When Bryan and his family return to Europe for improbable reasons, Murad strikes and a kidnapped Bryan is forced to rely on Kim to rescue him in a surprising turn of events.

If there’s one large complaint to be lodged against “Taken 2,” it’s the complete and utter lack of logic that went into seemingly every facet of its script. It would take more words than I have to list all of the plot holes and plain stupidities found within this film, and with Besson behind the typewriter, this no longer surprises me. Besson’s writing has grown increasingly erratic as of late and seems to have forgotten the difference between dumb fun and just plain dumb. For example, Bryan’s master plan to escape captivity involves his daughter throwing grenades into public places so he can hear how far away the explosion is and guide her to him. And that’s just the tip of the iceberg.

Neeson is doing the best he can here, and there are moments of one-sided tenderness in his interactions with his family. Unfortunately, Famke Janssen (playing Bryan’s wife) and Grace aren’t quite as skilled, and they flounder in the shallow pool of Besson’s script. The rest of the cast is mostly one-note villains, and the lead antagonist, Murad, is so thinly defined that I’m not sure his name is even mentioned in the film.

All of that would be fine if “Taken 2” at least had some good action under its belt. Unfortunately, even the best conceived action beats in the film are captured with the spastic, shaky filming style that’s been hobbling cinematic carnage ever since “The Bourne Supremacy.” Olivier Megaton frankly has no idea what he’s doing when it comes to filming an action scene, and the lack of clarity and geography in the film only serve to underline all of the elements of “Taken 2” that make no sense.

I really wish I liked “Taken 2.” The first film was a blast and redefined Neeson’s career in a huge way. But this follow-up is nothing but a smart concept executed in an uninspired, illogical manner. “Taken 2” has so little respect for its audience and their intelligence that it’s almost insulting. By taking the time to go to see the film, you’d probably be putting forth more effort than Megaton and Besson put into making it.