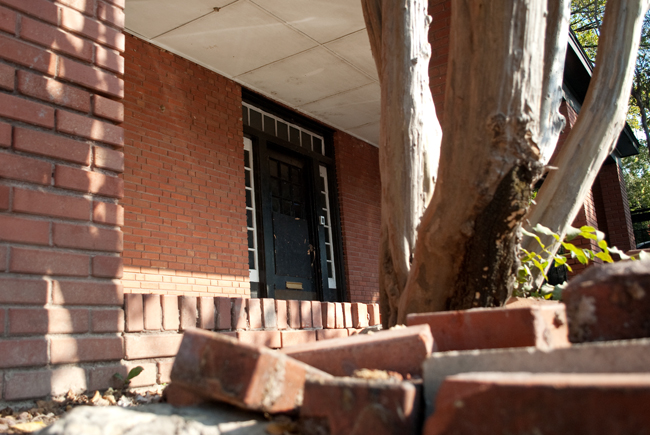 The Austin Planning Commission recently voted to deny the house of former UT Professor S. Leroy Brown historical landmark status that would have prevented the home from being demolished. The home is currently property of the Phi Gamma Delta fraternity and is located directly behind the fraternity house on Hemphill Park.

This decision contradicts the Austin Historic Landmark Commission’s June recommendation to grant the house historical status and deny UT’s chapter of Phi Gamma Delta permission to demolish the house. The fraternity wants to demolish the building and build underground parking, a sound-proofed room designated for celebrations and a new facility that would house fraternity members.

In a telephone interview, finance junior Charles Branch, who is president of UT’s chapter of Phi Gamma Delta, said he was excited to hear that the commission agreed with the fraternity’s position.

“We hope that the City Council agrees with [the Planning Commission],” he said.

On Nov. 1 the recommendation will go before the Austin City Council, which will consider the Planning Commission and Landmark Commission’s conflicting recommendations before it offically decides the
house’s status.

Planning Commission member Jean Stevens said although she considers herself a preservationist, she does not believe there is a substantial case supporting the designation of historical status.

“I was trying to figure out ways I could call in sick tonight so I wouldn’t have to vote on it,” Stevens said.

She said she would support relocating the house to avoid demolition.

The house, built in 1915 and located behind the fraternity’s main house at 2707 Hemphill Park, is the former residence of UT professor S. Leroy Brown, who created WCM, Austin’s first broadcast radio station.

Brown is also credited with the invention of a device considered an early analog computer, according to the Dolph Briscoe Center for American History.

“This was a huge achievement by Dr. Brown and led the way to digital computing,” Austin Preservation Officer Steve Sadowsky said. “One might even say that Dr. Brown established Austin as a center for the digital age and the digital industry that eventually took hold here.”

Brown lived in the house until his death in 1966. The fraternity purchased the property in 1995 after a local business, the Martha Ann Zivley Typing Service, vacated.

Sadowsky said the house’s association with Brown and Dutch Colonial Revival-style architecture were grounds for assigning the building historic status.

John Donisi, an attorney representing Phi Gamma Delta, said KUT recognizes Bob Schenkkan as KUT’s founder, not Brown. He referred the commission to a notice of Schenkkan’s memorial service published on KUT’s website in 2011 that acknowledges Schenkkan as the founder.

He said other houses in the area exhibit the same type of architecture and have been designated historical landmarks, which contradicts the claim that the house needs to be preserved for architectural purposes.

“We’re not at a loss for this type of architecture,” Donisi said.

“It is rather unusual and it is kind of cute, but it is not for the neighborhood,” she said.

Printed on Wednesday, October 10, 2012 as: City council to vote on frat's demolition project