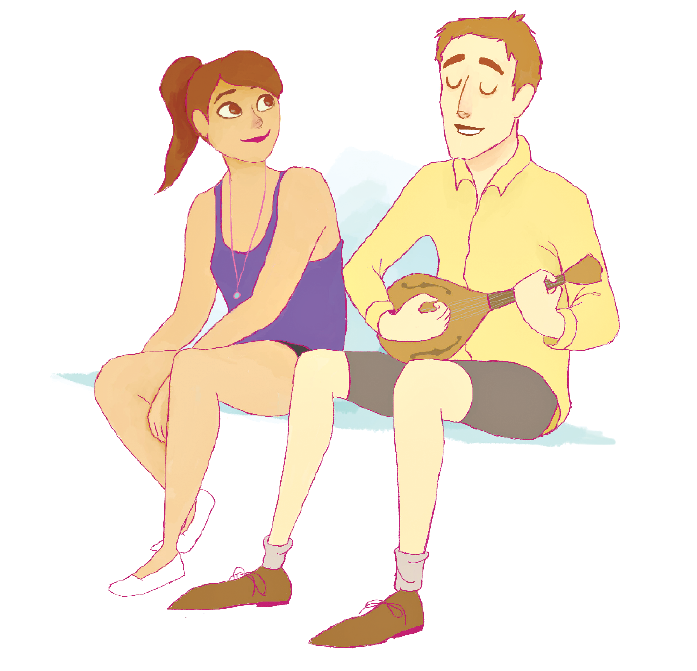 From the first caveman gatherings and ancient Greek debates about music as a gateway to a person’s soul to today’s festivals, such as the Austin City Limits Music Festival, music has continually held an intoxicating power in society. As Victor Hugo said, “Music expresses that which cannot be said and on which it is impossible to be silent.”

In an article for Cosmos, biologist Rob Brooks said that music is largely a primeval tool to gain access to mates. He quotes Steven Pinker from “How the Mind Works,” saying music is not really an adaptation but instead like cheesecake.

“Cheesecake packs a sensual wallop unlike anything in the natural world … music is auditory cheesecake, an exquisite confection crafted to tickle the sensitive spots of … our mental faculties,” Pinker said.

He goes on to discuss how musicians overcome two of the biggest evolutionary conflicts we all face when searching for potential mates: being noticed by potential mates and then succeeding to court or seduce them.

This is perhaps why “I play the guitar” may be considered one of the sexiest phrases in the English language.

Lyrics of songs can also be used as modern poetry to seduce a partner, whether you want to “do it like on the Discovery Channel” or “move from the bed down to the floor.” As a former Healthy Sexuality Peer Educator for UT-Austin and as a current, self-proclaimed recreational sex educator, I am always ecstatic to see lyrics used to spread safe sex messages. Lil Wayne rocked my sex education world when he rapped how “safe sex is great sex, better wear a latex, cuz you don’t want that late text … that ‘I think I’m late’ text.”

It is always fine, of course, to not like music during sex. In an interview for Yale Daily News, Ruth Westheimer, a sex therapist and TV personality, once said, “Music during sex? Absolutely no! People should use their brain to concentrate on being with a loved one, and they don’t need to be distracted by music.” She did quickly point out that was only her personal opinion, saying that “some people get aroused by Bolero, and I say fine. If that’s what arouses you, then go have a good time.”

That’s another way to be sex positive: don’t judge your partner if the “Friends” theme song gets them in the mood. Whether you want to shake it to “Laffy Taffy,” sex to Sinatra or grind to Lil Wayne, music can affect our emotions, release feel-good hormones, encourage role-play and create an atmosphere of orgasmic seduction.

And just like I don’t think you can teach condom use without a proper demonstration, below I present to you some sexy songs brought to you by my social media network of enthusiastic music lovers to get you started on your musical sexcapades.

Want to let me know what you think about music and sex in any combination or tell me your favorite bang-a-licious tunes? Tweet me @MillaImpola