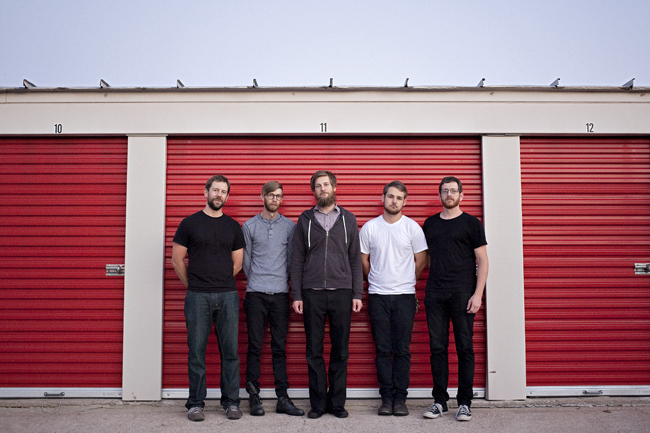 The sound booths are a work in progress, the floor tiles are uneven; the place seems like a humble setting for a band well on its way to national recognition.

“We just moved into this place,” front man Taylor Muse says. “It’s been a little bit of a hiccup trying to move from one place to another in the middle of recording the EP and everything else going on.”

This year has been big for Quiet Company. In the past few months alone, the group has added to its resume a successful South By Southwest run, several national tours, a full house at their recent Blues on the Green concert and a big haul at the 2012 Austin Music Awards, including Album of the Year and Band of the Year, to name just a few. Now they’re taking the stage at Austin City Limits.

“ACL, there’s not a whole lot bigger than that,” Muse said. “It was a bit of a surprise. They just asked us. I think that maybe we just had such a great year here in Austin that they couldn’t really ignore us anymore.”

But if Muse had gotten his way to begin with, he never would have moved to Austin. Originally from northeast Texas, Muse played in several bands growing up before joining the now-defunct Connotations, the band with which he moved to Nashville, Tenn., and eventually, Austin.

“I never wanted to live in Austin,” he said. “But my band all started wanting to move here, and I started dating a girl long-distance and figured it would get me closer to her. Once we moved here we were probably a band for a year or two. We played maybe six shows before breaking up. But I had these songs left over that I had written that I wanted to play.”

Through Craigslist, he met guitarist Tommy Blank and over time they began to solidify their lineup, eventually bringing on bassist Matt Parmenter and drummer Jeff Weathers as permanent members. By way of chance and a Facebook fan message, trombonist Cody Ackors eventually became a fixture in the group.

“Cody sent us this really adorable message on Facebook a while back, after a show we played in Waco,” Muse said. “We used him in one of our first videos as an extra, and later one of his friends mentioned how he was this great trombonist. We had been toying with the idea of adding some horns so we talked to him about that. I kind of fell in love with that sound and we stuck with it.”

Ackors, a former UT Butler School of Music student, said that he prefers his current arrangement over his days in recital halls. Having played guitar and drums in previous bands, he said he was ready for a change of pace.

“I started to see an out from the whole music school thing once we started getting serious about playing,” Ackors said. “I liked the people in the trombone studio at UT, but they’re all kind of like athletes. They’re all striving for this one sound, and they all try to sound exactly the same to get that one orchestra job out there that exists. And this year, I kind of realized, that’s not what I’m about. I want to play rock and roll music.”

With an EP in the works, an ACL performance this weekend, a national tour immediately following and a full-length album due out next year, the group won’t be slowing down anytime soon.

“I feel like we’ve worked really hard ever since we started, so every year so far has been our best year,” Muse said. “Every year is just a culmination of all the years before it. Hopefully next year, we’ll be saying that’s our biggest year yet.”