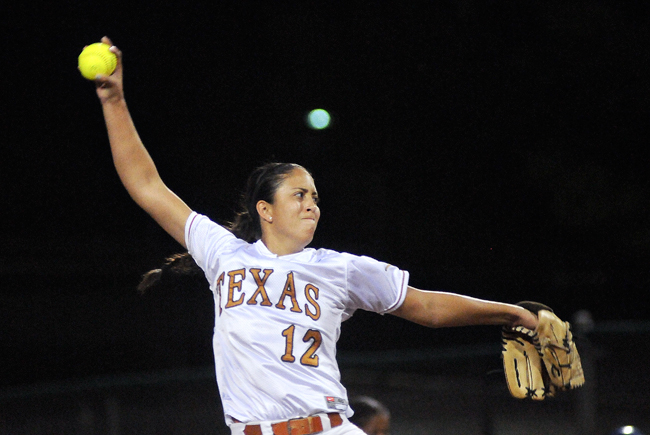 Three games in and it already looks promising for the Longhorns.

Texas took a 7-2 win over  Alvin Community College at McCombs Field. UT senior Kim Bruins started on the mound and struck out four during the first two innings. Texas allowed just three base runners over the last 5 2/3 innings. Freshman Holly Kern replaced Bruins on the mound and shined with a 1-2-3 third inning. In the bottom of the third Torie Schmidt tripled and scored on a double by Erin Shireman, putting the Longhorns on top, 3-2.

Kern’s dominance over the Dolphins continued with a scoreless fourth. Texas added two more runs in the fifth while Blaire Luna retired the side in the next two innings while striking out five batters. Sophomore Marlee Gabaldon put the Longhorns up 6-2 with a solo home run. Texas finished it off with a final run in the seventh.

“We kept the same goals as we had last Friday, which were advancing base runners and continuing to work the process,” head coach Connie Clark said.