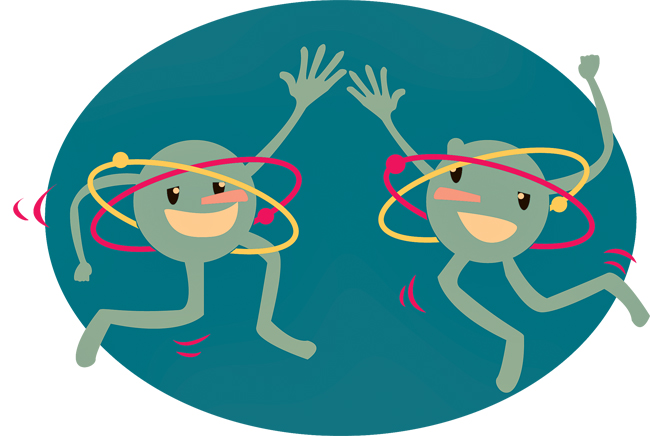 While Gangnam Style sweeps the nation, our science Ph.D. candidates have been hard at work trying to present their research in a similar vein. This week, the winners were announced for the 5th annual Dance Your Ph.D. contest, which challenges its entrants to present the topic of their thesis through the medium of interpretive dance. Among the winning videos, which can be viewed online, was a dance of performers portraying aluminum atoms forming to become stronger than steel; in another, the dancers demonstrated what happens to muscles in a stroke victim, and yet another takes places in the core of a fusion reactor. And while it’s unlikely any of these dances will catch on the way that Psy’s single has, they all present tough ideas in fun and intuitive ways.

Einstein’s special theory of relativity places a speed limit on objects traveling through space: 186,000 miles per second, or the speed of light. And, while many have tried looking for loopholes to try to beat this limit, most have relied upon theorizing about ideas that may not actually be possible in our universe. A new group of mathematicians in Adelaide, South Australia, has published their humble contribution to faster-than-light literature, but what makes their attempt worth considering is that it doesn’t rely on “imaginary numbers or complicated physics,” according to the authors. Still, would-be warp-speed travelers shouldn’t get their hopes up just yet. As of right now, there’s no experimental evidence that the mathematicians’ results actually coincide with a reality as we know it and, as they are quick to point out, “we are mathematicians, not physicists.”

A new article written for the journal “Current Directions in Psychological Science” provides an overview of the authors’ work in the science of guilt proneness. Unlike guilty feelings, guilt proneness occurs before even committing a delinquent act and, as a result, those of us who are more guilt-prone are less likely to commit immoral acts. As the authors note, “The anticipation of guilty feelings about private misdeeds indicates that one has internalized moral values” and they suggest that their tests be used when looking for ethical friends, making hiring decisions at a workplace or putting yourself in any situation in which your trust in a particular individual could be abused.

Everybody wants to go to the gym, but who has the time? Almost anybody, if the results of a new experiment pan out. The experiment carefully analyzed how many calories participants burned in a day by keeping track of oxygen, carbon dioxide and water levels in sealed rooms the volunteers stayed in for two days. On days when they participated in interval bike workouts, which required five high-intensity 30-second rides, each separated by 4 minutes of recovery, they burned an average of 200 more calories than they did on inactive days. Not bad for what amounts to only 2.5 minutes of total exercise.

It might be exciting enough that we’ve discovered a planet in a quintuple star system, but what makes it even cooler is that the discovery was made by amateurs using Planet Hunters, a website. The site crowd-sources data — in this case, from the Kepler spacecraft — and trains users to use the data to look for planets. It’s paid off, as the findings have been confirmed and led to the discovery of a planet larger than Neptune orbiting a dual star system, which has an additional two stars in its close vicinity. The finding adds another extra-solar planet to our current list of over 800 and also provides a proof of concept which should lead to future attempts to crowd-source science.

Science Scene 10/18 from The Daily Texan on Vimeo.

Printed on Thursday, October 18, 2012 as: Ph.D. candidates dance out their theses