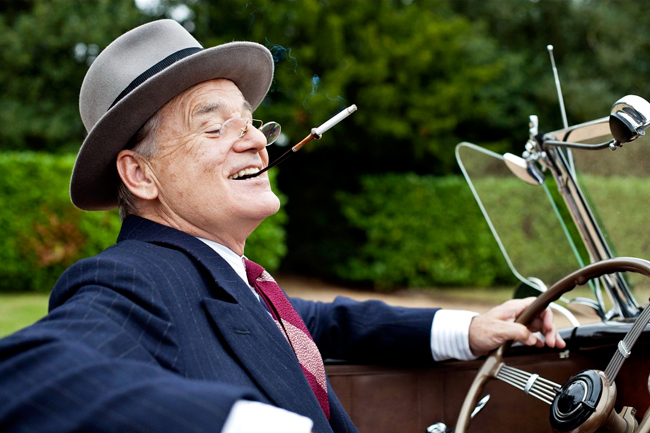 Bill Murray in a scene from “Hyde Park on Hudson.” Photo courtesy of Focus Features.

Of all the major film festivals that occur in Austin every year, the 19th Austin Film Festival & Conference is the most distinctly Texan. From its sponsors (including the delectable Salt Lick BBQ) to its films (several from UT alumnus are playing this year), Austin Film Festival is all about Texan pride and showcasing some of the Oscar season’s biggest films.

The festival kicked off last night with “Not Fade Away,”  David Chase’s first production since “The Sopranos” ended five years ago. Drawn from Chase’s youth, the film chronicles a Jersey youth (John Magero) growing up in the ‘60s and trying to make it in the music business. The film shows that Chase hasn’t lost the ability to craft strong characters and that he’s even become more stylistically bold, something that avid “Sopranos” watchers might think impossible. James Gandolfini, playing Magero’s father, gives a tender, wistful performance, and he may be the best thing about “Not Fade Away.”

Other hot tickets at this year’s festival include “Francophrenia,” the next step in James Franco’s subtle, extended satire on the nature of celebrity. A documentary filmed during Franco’s time with “General Hospital,” the film promises to be a bizarre look at the dynamics of a soap opera set. Franco will be in attendance for Friday’s screening at the Paramount, so make sure to get
there early.

The idea of Bill Murray playing Franklin D. Roosevelt is too good to pass up, and lackluster early reviews won’t dissuade me from checking out “Hyde Park on Hudson” Saturday afternoon. Later that evening, the audience will be treated to David O. Russell’s “Silver Linings Playbook,” an exploration of mental illness starring Bradley Cooper and Jennifer Lawrence. Both have received huge accolades for their performances, and Russell has made a habit of churning out entertaining crowd-pleasers with real substance to them.

Another major player at the festival is Denzel Washington’s latest Oscar hopeful, Robert Zemeckis’ “Flight.” A reportedly complex portrayal of addiction, “Flight” received rave reviews from the New York Film Festival. Anyone with an aversion to intense plane crash scenes should probably stay far away.

Austin Film Festival offers more than just screenings. It also offers numerous panels delving into all aspects of the business as well as Q-and-A sessions with the festival’s major award recipients. Yesterday early-bird attendees were lucky enough to sit in on a conversation with David Chase. Upcoming events include chats with James Franco, “The X-Files” creator Chris Carter, “Prometheus” screenwriter Damon Lindelof and “Freaks and Geeks” creator Paul Feig. Oh, and just a little someone named Frank Darabont (“The Shawshank Redemption” and “The Walking Dead”).

Screenwriters will find endless panels awaiting them, from “Layered Storytelling” to “Writing for Video Games” to topics as specific as “The First Ten Pages.” There are also case studies of individual films, such as Max Landis’ presentation of his original screenplay for this year’s “Chronicle,” and a discussion of what had to be changed or beefed up before the film hit the big screen.

Fans of HBO’s late horse-racing drama “Luck” will find plenty to like in this year’s festival, including a staged reading of the unproduced first episode of the drama’s canned second season.

Screenwriter Eric Roth will be on hand and will host several other panels throughout the festival. Dustin Hoffman won’t be present at the festival, but his directorial debut, “Quartet,” will screen Tuesday evening. The film focuses on a retirement home for opera singers and the events that follow when an ex-lover-turned-enemy arrives on the eve of their biggest concert.

An event like the Austin Film Festival wouldn’t be complete without some Texan independent cinema, and films like “The Girl,” which stars Abbie Cornish as a woman forced to shuttle illegal immigrants across the border, promise to be uniquely Texan and quite compelling. UT alumnus Todd Berger will lead a panel showing how his film, “It’s a Disaster,” made it to the big screen.

A comedy about the end of the world, “It’s a Disaster” locks four couples in a house as the apocalypse rages outside. Predictably, some dormant issues arise. Finally, “Congratulations,” the story of a man whose marriage proposal was shot down upon arriving at his engagement party, boasts a creative concept and lots of room for comedy.

This year’s Austin Film Festival boasts a slate full of big films worth getting excited for, small films that promise to reward the time invested in them and panels that could make a huge difference in creative output. Any Austin film fan should make sure to attend for an experience equally entertaining, illuminating and just plain Texan.