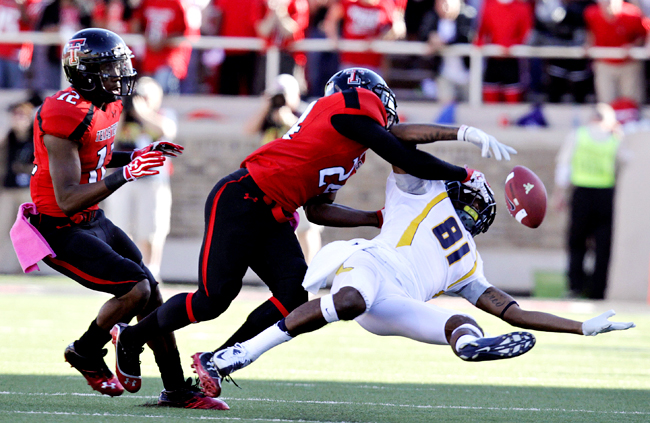 The second weekend of October had its share of surprises, between West Virginia going down in Lubbock and Oklahoma putting on a spectacle against the Longhorns. As the dust settles, the Big 12 looks to be Kansas State’s to lose. Let’s take a look at some of the conference notes heading into the weekend.

• Oklahoma State head coach Mike Gundy is one win away from becoming the all-time winningest head coach in Cowboy history. Gundy is currently tied with former coach, Pat Jones, with 62 wins and looks to surpass the mark this weekend when Iowa State visits Stillwater.

• Kansas will use both senior Dayne Crist and redshirt freshman Michael Cummings at quarterback this weekend at Oklahoma. Cummings replaced Crist, who has struggled this season throwing seven interceptions, last weekend in the third quarter versus Oklahoma State trailing 20-0. While the Jayhawks eventually lost, Cummings showed promise for the future in leading Kansas to 14 unanswered points.

• West Virginia wide receiver Stedman Bailey is questionable for the Mountaineers’ game versus Kansas State this weekend. The junior receiver has an apparent ankle injury. Head coach Dana Holgorsen hinted at starting true freshman Travares Copeland in place of the injured Bailey. Copeland’s redshirt was burned last weekend when the freshman entered the game versus Texas Tech, catching one pass for five yards. It goes without question quarterback Geno Smith will rely more heavily on senior receiver Tavon Austin who has eight receiving touchdowns on the season thus far.

• One of the biggest surprises in college football is the Texas Tech defense. The Red Raiders finished last year ranked No. 114 in total defense, giving up 485.6 yards per game before inevitably firing defensive coordinator Chad Glasgow. In comes former North Carolina defensive coordinator, Art Kaufman, who through six games has the Red Raiders ranked fourth in total defense giving up a mere 243 yards per contest. Tech travels to TCU this Saturday, where Glasgow is coincidentally the new secondary coach for the Horned Frogs.

• Oklahoma is 13-0 in the game following the Red River Rivalry under head coach Bob Stoops. In fact, the Sooners don’t just win, they win big following the annual game. Over the past three seasons, Oklahoma has outscored its opponent after facing the Longhorns, 134-30. The trend should continue as Kansas visits Norman this weekend.

• Baylor is revamping its entire athletic facility landscape. Besides the $250 million football stadium under construction, the Bears are in the works of an on-campus track stadium, an indoor tennis center and an equestrian facility. Baylor also looks to add an athletics hall of fame wing to its new football complex. One of the ultimate missions is to move everything on campus.