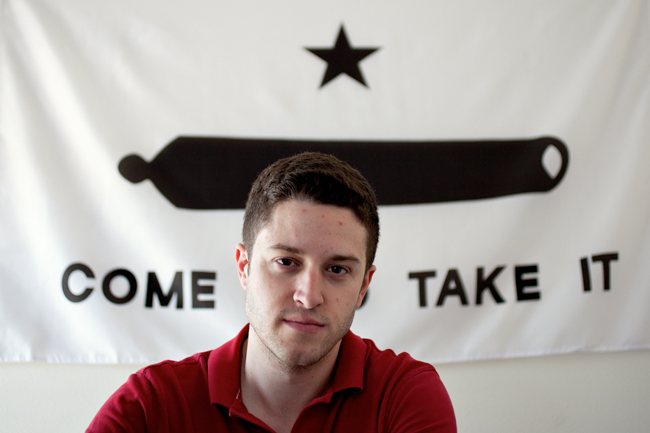 UT law student Cody Wilson is in the process of advancing his “Wiki Weapon” project with various companies.  " />

UT law student Cody Wilson is in the process of advancing his “Wiki Weapon” project with various companies.

As he continues efforts to make building a gun as simple as pressing print, law student Cody Wilson’s life is getting more and more hectic.

Wilson has begun plans for three new companies, appeared in the New York Times and spoken with officials from the cable network HBO all within the last month. The recent attention Wilson has received focuses on the development of a project he calls “Wiki Weapon.” The project involves the development of digital designs for guns that can easily be shared and produced with a 3D printer, a generally plastic piece of machinery used for manufacturing solid objects from digital designs. Although the creation of such technology is not a new idea, Wilson’s efforts mark an attempt to advance it and make it mainstream and accessible.

Wilson said since he began making headlines with the project earlier this month, he has seen a tremendous response both nationally and within the University from people who want to be involved in the project.

“I’ve met quite a bit of UT students through the Libertarian Longhorns and through emails people have sent me,” Wilson said. “There is a lot of volunteer talent. There are a couple [of UT students] I have been talking to that just want to do anything [to get involved].”

He said he has been discussing his project with major companies that want to be involved in his project and was recently contacted by HBO representatives about a movie deal.

Jose Nino, history senior and president of Libertarian Longhorns, an organization that promotes decreased government regulation, said he sees opportunities with the project and has been talking to Wilson about speaking at UT.

“I think it’s a great form of technology,” Nino said.

The second company, Liberty Laboratories, will be a limited liability corporation that will focus on the manufacturing of products once development is advanced further, Wilson said. The third company, which has not yet been named, will be a private asset organization meant to protect the progress of the project.

Wilson said although he sees issues with the development of his technology, he doesn’t believe that it could or should be regulated, and he hopes there are not attempts to do so. He said he believes some technology cannot be controlled by the government.

“I think at some point, if we have any measure of success, we are going to be painted as bogeymen,” Wilson said.

He said he expects to print his first gun in five to six weeks.