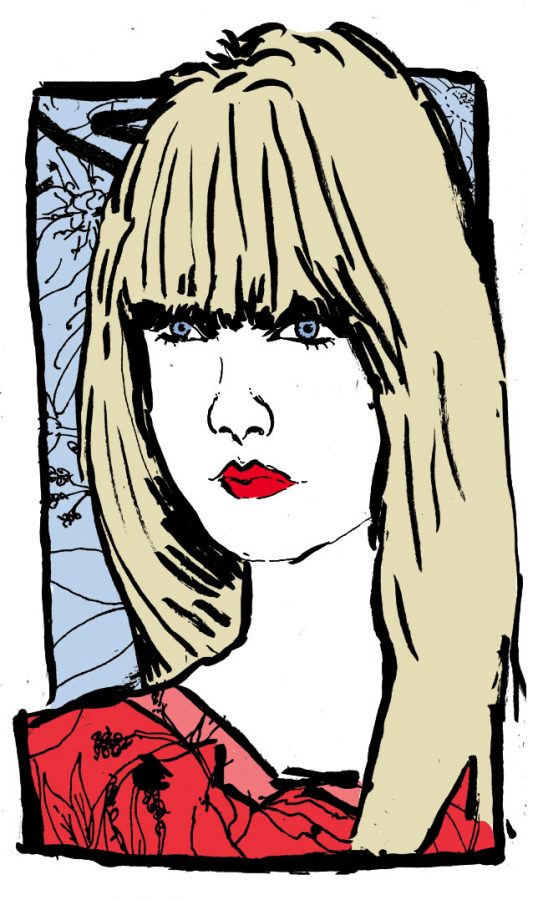 There is a reason Taylor Swift’s current hit “We Are Never Ever Getting Back Together,” with its guileless, brand-name gloss, sounds like the music Kelly, Avril and Britney made their careers with a decade ago; it is produced by the same Swedish producers (Max Martin and Shellback) that have made a serious business out of synths-and-guitars earworms.

It is not as if Swift could not write her own hooks — she is Martin and Shellback’s top protege, having grown up on their hits (like “…Baby One More Time” and the Backstreet Boys) and deftly deploying their style in her songwriting. Was there a better couplet in 2010 than “you made a rebel of a careless man’s careful daughter” from the the single “Mine”? There’s been an inherent Swedish tinge to her brand of country music.

But Swift has been the kind of musician that makes music she likes to listen to. And that notion comes through strongly on her new album, Red. It is the most stylistically varied and sonically middle-of-the-road she has ever sounded. Much of the music on the album wouldn’t be out of place in the records of her singer-songwriter and indie rock contemporaries.

There are three Martin and Shellback-produced prime cuts (and on their best collaboration, “I Knew You Were Trouble,” some light dubstep), the kind of carefully constructed blitzes that gave Katy Perry seven number-one hits. They are the stickiest pieces of bubblegum the duo has ever produced.

And yet those songs are a little disingenuous as they are interpolated between moody, atmospheric indie sounds (“State of Grace”); soft, intimate confessionals (“I Almost Do”); and impeccably produced Starbucks pop (“The Lucky Ones”). While Red doesn’t turn out to be her “pop” album, it is her most mature, oddly enough.

Red is also Swift’s official declaration that she is becoming a full-on crossover artist, but she is not taking any cues from Shania Twain or Faith Hill; she is going bigger, to Carole King, Joni Mitchell and Carly Simon territory. Those aspirations mostly materialize as indie chanteuse pattering, like in Mazzy Star B-side “Sad Beautiful Tragic.” She does not quite have the gravitas — at least not yet — to sell a sparse, somber arrangement.

She does better at channeling those ideas into sky-wide arena anthems like “All Too Well,” with its big, rushing moment of cathartic release and the jangly roadhouse boogie of “Holy Ground.” For Swift and Red, bigger does better, like in the formidable grandeur of the title track.

It is the album’s closer, “Begin Again,” where Swift has her epiphany: to be truly revealing, you have to let us see you bleed a little. Here, she finally acknowledges, in her classic, throwaway verse kind of way, that she is no longer the girl from Nashville, but a young woman facing decidedly adult problems: “And we walked down the block to my car / And I almost brought him up.”

Red is an odd package, but fitting given the place Swift is in her career. She sells out stadium tours and is one of the few artists who can sell so many albums. She has found country music superstardom, so this album, her fourth, is her trying on everything else she could be, too — a musical coming-of-age.