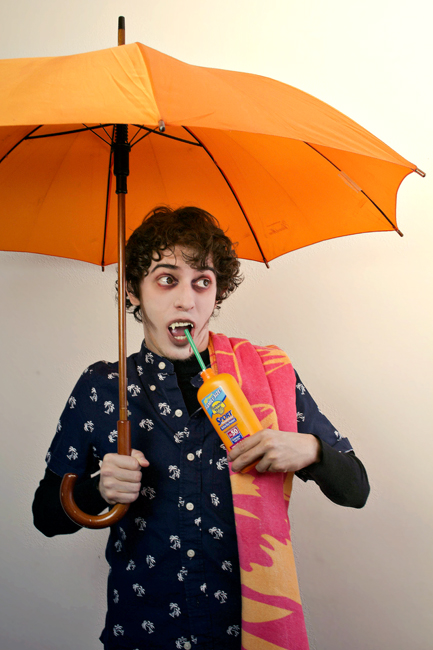 The final installment of the “Twilight” film series is upon us and the shelves of bookstores are lined with vampire fiction, accordingly. It seems the vampire phenomenon is inescapable. But this trend is not unique to the “Twilight” generation or even to the Anne Rice fans of the 1980’s. In fact, most decades of the 20th and 21st centuries have had their own version of popular vampire culture. Humans have been obsessed with the sensual, dangerous and sometimes sparkly idea of the living dead since medieval times.

The vampire myth began early in the Middle Ages. Some attribute the origins of the vampire to Vlad the Impaler, an Eastern European prince in the 15th Century famed for bloody displays of victory and intimidation during war. Others trace it back to the exhumation of dead bodies in Europe around the same time period. When droughts, plagues or pestulants descended on a village, people searched everywhere for blame. Some of that blame fell upon possibly angry dead people who were believed to have come back to life with a vengance.

In Benjamin Radford’s article for Live Science, “The Real Science and History of Vampires,” upon unearthing a buried body there was blood around the mouths of the dead that appeared as if they had been sucking blood from a living being. Without the scientific knowledge that a grossly decayed instestine pushes blood up into the mouth, these people became terrified of the dead’s ability to arise and bring vengance upon the living.

Bram Stoker capitalized on these myths and legends in 1897 with his novel “Dracula.” While most know the tale of the bloodsucking Translyvanianan Count trying to relocate to England and his battles with the villagers from hundreds of popular cultural references, there was a myriad of other vampire literature earlier in the 19th century. And many vampires were deadly to women, particularly virgins. John Polidori, Lord Byron’s personal physician, wrote “The Vampyre: A Tale” in 1819 and the idea of a refined, aristocratic and sometimes womanizing modern vampire was born.

There was James Malcolm Rymer’s series “Varney the Vampire,” published in 1847. Next came “Carmilla” in 1872, written by Joseph Thomas Sheridan Le Fanu, the tale of a female vampire, which spawned the popular subgenre of lesbian vampire fiction. And then came Stoker’s masterpiece. The thrill of these more refined undead, as compared to the exhumed bodies of the Middle Ages, appealed to the often masked danger and sexuality of the time.

The 20th century brought not only new literature, but the motion picture vampire, one of the first being “Nosferatu” (1922), the German vampire film directed by F.W. Murnau. The vampire would go beyond the gothic, into science fiction, like in the novel “I Am Legend” written by Richard Matheson in 1954 or romance, like Marilyn Ross’s Barnabas Collins series that began in 1966. It was becoming more clear that the vampire had mass appeal, and a variety of people could find something to connect with, whether it be a gothic forbidden romance, sci-fi bloodsuckers or just the thrill of a deadly, otherwordly being.

And then a twist: the typical blonde damsel in distress takes back the night in the form of Buffy Summers, a teenage vampire slayer who could sling a pun just as well she could a wooden stake. Joss Whedon’s seminal series, “Buffy the Vampire Slayer,” about how growing up was literally a living hell (the high school Buffy and friends went to school was built over a mouth to hell), featured the proto-Edward and Bella — Angel and Buffy were the original tragic, girl-meets-vampire love affair. It worked because of Sarah Michelle Gellar and David Boreanaz’s chemistry, but also because Whedon’s metaphor was complete: when Buffy finally sleeps with Angel, his dark, murderous side is unleashed as part of an elaborte Gyspy curse; the man quite literally turns into a monster after sex enters the relationship.

21st century pop culture vampires continued with the theme of sexual tension and forbidden romance; obviously sex sells. Charlaine Harris’s southern vampire mysteries, which spawned HBO’s borderline pornographic show “True Blood,” and the “Twilight” series of novels and films, appeal more to the sexually frustrated teen than the horror fan. Sookie and Bill’s romance in “True Blood” materializes itself less so in dates and more so in trips to the vampire bar Fangtasia and sexcapades in graveyards. Edward and Bella’s relationship, while less overtly sexual, is built completely around the tension that he may kill her with his kiss alone.

But just like the novels at the dawn of the 1900s, vampire novels today are more than just fantastical diversions. They serve as a mirror, held up to society to reveal contemporary values and repressed desires: lusts for blood, sex and a place of belonging in society. So whether or not Edward Cullen’s twee sparkles appeal to you, maybe there’s more to them than just mere shine.