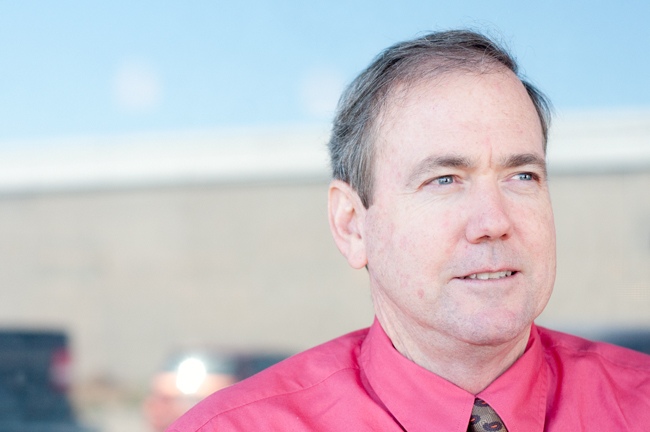 Travis County Taxpayers Union treasurer and founder Don Zimmerman opposes Proposition 1, which would increase property taxes in Travis County for the construction of a proposed UT medical school and teaching hospital. The increase would bring back $35 million to the medical center project.

The founder of a political action committee that opposes Proposition 1 said UT could fund its proposed medical school and teaching hospital without the property tax increase proposed in Proposition 1.

Don Zimmerman, Travis County Taxpayers Union treasurer and founder, said UT would allocate funds to establish the school without revenue from a property tax increase if sufficient demand for the school existed.

“No medical school in Texas’ history was established because of an increase in property taxes,” Zimmerman said.

Zimmerman’s political action committee is working on approximately 3 percent of the budget the opposition has, according to campaign finance reports released Monday.

As of Friday, Travis County Taxpayers Union had raised $19,640.28, according to campaign finance reports posted to Central Health’s website Monday. By contrast, Keep Austin Healthy has raised $619,343.55 as of Saturday.

Zimmerman said funding for the medical school and teaching hospital should come from UT funds.

“If and when we really need a medical school, they have the money to pay for it,” Zimmerman said.

Proposition 1 would increase property taxes collected by Central Health, Travis County’s hospital district, from 7.89 cents to 12.9 cents per $100 of assessed property value. The increase would contribute $35 million toward operations at the teaching hospital and purchase medical services there.

In 2009, Zimmerman was involved in a U.S. Supreme Court case where justices upheld the Voting Rights Act, but allowed certain local governmental bodies exemptions from the law. Zimmerman was then president of the now-defunct Northwest Austin Municipal Utility District No. 1, a body that supplied water and energy services to neighborhoods in Northwest Austin, which was seeking an exemption from the law. The Court ruled the district was eligible for an exemption.

Zimmerman said because the Voting Rights Act is still in effect, the committee has the right to sue under the law’s provisions.