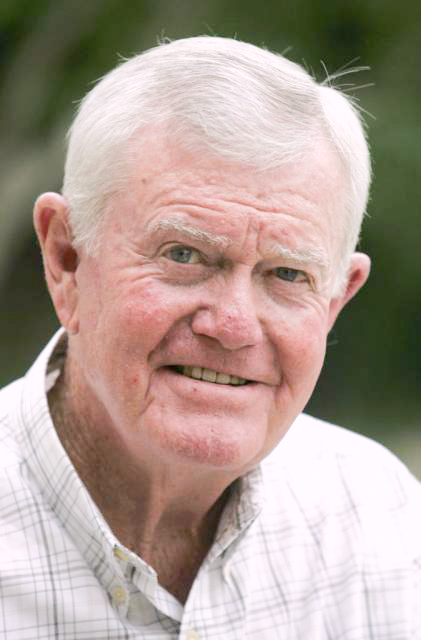 “He’s in his childhood now,” she said in an interview this week at the assisted living facility where they live. “Sometimes, you wonder if anybody is ever going to make a breakthrough fighting this disease.”

She is doing what she can to help, while also caring for the former Texas coach who won two national championships with the Longhorns in 1963 and 1969, a share of a third in 1970, and is still regarded as one of the giants in the game. The Royals are hoping Texas fans — and some from Oklahoma as well — will pitch in, too.

Edith Royal is putting some of the family’s personal memorabilia up for auction on Nov. 11 in Austin. Some of the proceeds will go to the Darrell K. Royal Research Fund for Alzheimer’s Disease launched earlier this year.

Although Royal gave away many of his awards and mementos over the years and the trophies he won are kept at the school, the couple still has too much to keep — and much to share.

The items at auction trace his life from the scrappy kid growing up in the poverty of the Dust Bowl-era in Hollis, Okla. to his rise to one of the great coaches in college history. Royal coached Texas from 1957-1976, won 11 Southwest Conference titles and introduced an innovation known as the wishbone offense to major college football in 1968.

Some items date to Darrell’s playing days at Oklahoma, where he was a standout defensive back and quarterback for the Sooners from 1946-1949. Edith Royal says an Oklahoma regent has inquired about bidding on the game programs from Darrell’s first and last games for the Sooners.

“I’m hoping that Darrell’s fans will be the ones that purchase the UT things and they will treasure them like we have. I love the memories – it was fun to rediscover them,” she said.

Other items provide an intimate peek into the Royal home and their friendships with country music stars to astronauts. Royal is longtime friends with Willie Nelson and the auction includes several backstage passes to Nelson concerts and autographed photos.

The auction will be handled by Austin Auction Gallery the day after Texas plays at home against Iowa State. Edith Royal acknowledged the sale will cause some to ask if she just needs money.

“I know they’ll ask that and I don’t care if they do,” she said. “I’m OK. But this was about downsizing and not having to leave my grandchildren to go through all of this stuff someday.”

She lights up when talking about the items in the collection that aren’t about football, especially those that connect Royal and his love of country music. He and Nelson were regular golf partners and Nelson recently stopped by the living center to see his old friend. He played his guitar in the lobby for more than an hour.

“When he left Darrell that day, I’m told he had tears in his eyes,” she said.

She recently discovered an audio recording of Nelson and Merle Haggard singing and talking at one of Royal’s legendary “pickin’ parties” at the Royal’s house. The occasion was to celebrate the 1972 Apollo 16 moon landing by astronaut Charles Duke, a family friend. The recording includes more than 45 minutes of chatter and songs.

“There’s a lot of discussion. What the earth looked like from space, how’d you eat in space, how’d you go to the bathroom?” Edith Royal said. “Charlie says, ‘There’s three pages in the manual written about that. You can read it. I’m not talking about it.’ It’s funny.”

“It was a fun time and that was a great evening,” Duke said this week. “After my flight, we used to see (Royal) quite often. I sure enjoyed his company and his love of country music and golf.”

The Royals also had given Duke a Texas flag to take to the moon. They had previously loaned the flag to the LBJ Presidential Library and it will be part of the auction. Duke had tried to do a “Hook’em Horns” hand signal for a photograph on the moon but couldn’t make it work in his space suit.

The 88-year-old Darrell recently fell and cracked a vertebra, and he will likely start using a wheelchair full time.

Watching the disease’s progress has taken a physical and emotional toll on her. She is often reminded to take care of herself while taking care of her husband. The assisted living center regularly warns residents that the stress of the care giving can kill the caretaker.

“I’ve seen that happen” among her neighbors, she said. “Until you suffer with it in your own family … You just live in a state of grief.”

Laughter helps. Royal still manages to pull out the one-liners that made him a favorite with fans and reporters.

“The other day, he said, ‘Edith, I have to go to Hollis. Uncle Otis died.’ I said, “No, Darrell, Uncle Otis didn’t die.’ He said, ‘Well, Uncle Otis will be glad to hear that.’ You have to see the humor it in it sometimes,” Edith Royal said.

Sometimes Royal asks to speak to their daughter Marian and son David. Marian died in 1973 after her car was hit by a university bus. David was killed in in a motorcycle accident in 1982. The Royals have another son, Mack.

Edith Royal tries to keep to a frantic pace that keeps her from slowing down. She recently collaborated on a book, “DKR, The Royal Scrapbook”, and about a month ago had an operation to remove a lump from one of her breasts. Doctors told her the operation was a success and she won’t need chemotherapy or radiation.

“I’ve been through a lot in my life,” she said with a sigh. “Maybe when this is all over I can lie down and rest for a while.”

That’s when she points to the wall and a framed wooden engraving of a plow and wagon on a farm.

She was just a country girl grinding out a living with her family’s cotton when she met Royal in high school. Both worked hard to build a better life, crisscrossing the country with head coaching stops in Mississippi, Canada and Washington state before they landed in Austin and never left.

“I come from that, pulling that wagon,” she said of her roots. “I hope it made my heart strong.”