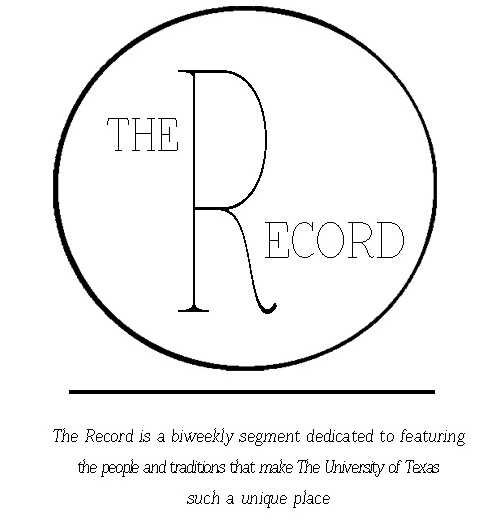 Yacov Sharir has studied interactive systems, virtual realities, wearable computers and computer animation. But beyond that he is a dance professor.

The technology Sharir has researched is similar to dance video game technology, but instead of following along to embarrassing, cheesy choreography, he uses that technology to create 3-D environments or a group of cyborg dancers to interact with human dancers. In 2005 he worked with Barbara Layne, a professor at Concordia University, on wearable computers that have the ability to transform the motion of a performer into projected images and colors, adding another dimension to the performance.

“Definitely there is a great advancement in the pursuit of technological intervention in performance situations,” Sharir said. “You use technology in order to intervene and augment the magic of performance to another level. It doesn’t look exactly like video games because you are in it as opposed to observing it.”

It was during the 1980s that Sharir began delving into the interdisciplinary world of dance and technology. He acknowledged that not many dancers were interested in the same thing until the 2000s.

“Not until too long ago there was a lot of hype about it,” Sharir said. “It was a buzzword: multidisciplinary, interdisciplinary, transdisciplinary. But very little was happening.” 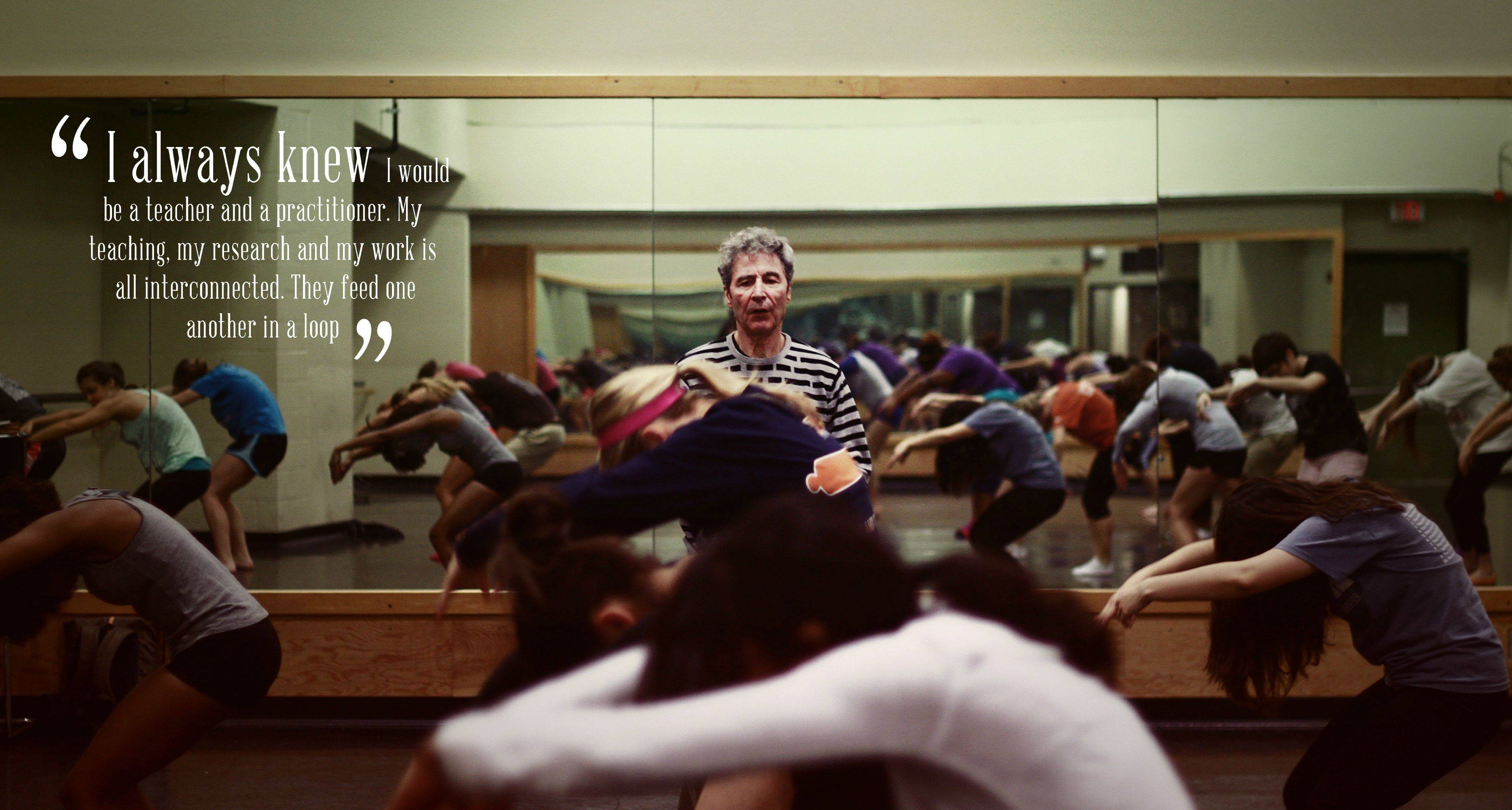 The challenge, according to Sharir, was the environment that must be created between scientists and artists in order to collaborate successfully.

“When you work with engineers and programmers, you learn the language, you learn how to speak and communicate clearly because the artistic pursuit of a work can [sound] quite esoteric to a programmer or an engineer,” Sharir said. “However, once they understand it, they can become great contributors to the pursuit of artistic ideas related to technological exploration.”

Sharir was born in Morocco, but grew up in Israel. He studied sculpture and ceramics at The Bezalel Academy of Arts and Design and continued his studies in dance at Jerusalem Rubin Academy of Music and Dance. He was asked to join the Batsheva Dance Company immediately after school, through which he traveled the world and danced under Martha Graham, José Limón and Jerome Robbins, among others.

“They were all different kinds of experiences and very memorable because they were the best choreographers at their time,” Sharir said.

Sharir has been a dance professor at UT since 1979. He initially came to Austin to start the American Deaf Dance Company. He was exploring the possibilities of such a company in Israel and was asked by an Austin organization to come to America to implement his ideas.

He was interested in interdisciplinary teaching, which is why he started collaborating with electrical engineers and programmers.

“When he talks about it, it always sounds pretty ethereal,” Holly Williams, professor and head of the dance program, said. “But when you see how it manifests in performance, you realize this is really kind of ground breaking.”

Understanding the type of research Sharir does is not always easy, but because it results in a performance, the audience is left to decide if it is effective or not.

“I don’t think that it makes a difference to the public whether you use technology for them to think that you are unique. There is nothing unique about it unless it works,” Sharir said. 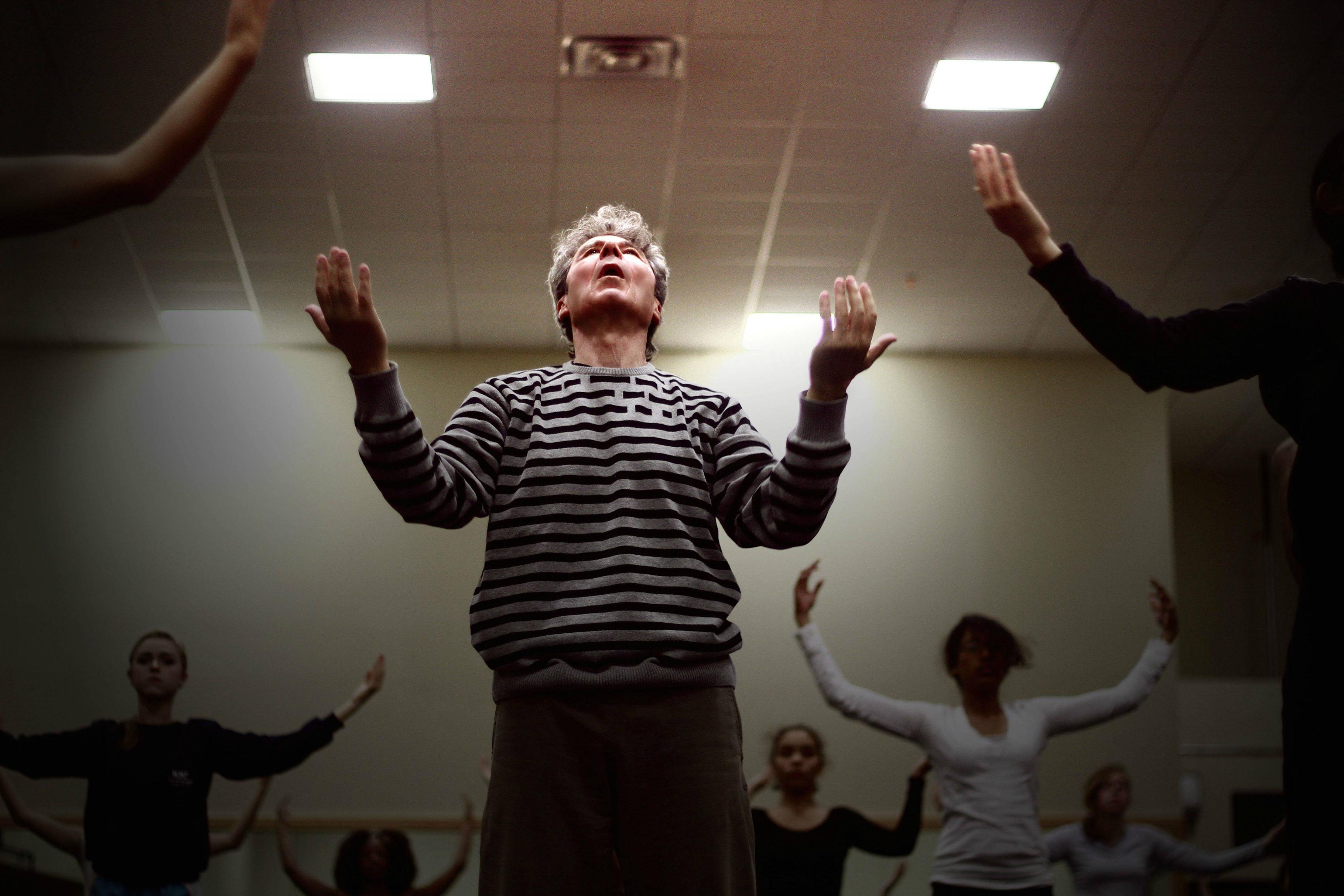 Audiences only care for a performance to be memorable, Sharir said. He knows some of his performances and creations have not been as memorable as others.

“I guess they didn’t see what I saw in it,” Sharir said. “Or I was not able to reach deep enough into the larger picture.”

Williams said Sharir’s students admire him because they are often unaware that such a technologically advanced performance is possible. She said it will be up to the next generation of dancers to implement this research and make it a major part of the dance world.

“If any generation of dancers would be keen to this convergence of movement and things such as wearable computers, cyborgs and projection, it’s us,” Hallie Ward, a dance senior and student of Sharir’s said in an email. “The next step is to take these principles that Yacov has exposed us to and then explore them in our own work.”