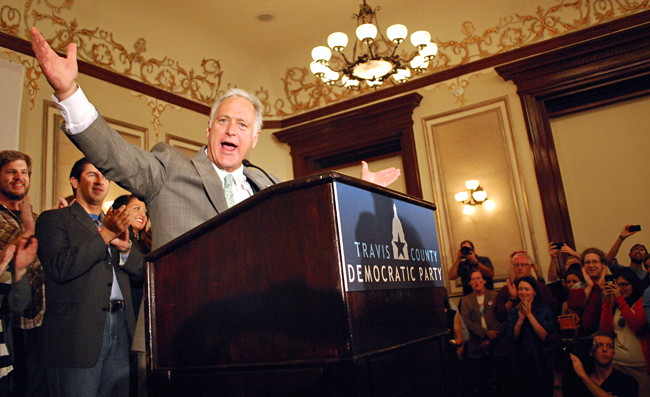 UT is one step closer to establishing a medical school after voters approved a ballot initiative Tuesday that will increase property taxes to partially fund a proposed UT medical school and teaching hospital.

The increase will contribute an estimated $35 million annually toward operations at the teaching hospital and purchase medical services there.

State Sen. Kirk Watson, D-Austin, said the proposed medical school would improve health care services in Travis County and provide a growing base of resident physicians who graduate from the school.

“People understood that this would benefit them and their families and their neighbors,” Watson said.

For the past six years, Watson has coordinated with the University and other local governmental bodies to bring the medical school and teaching hospital to Austin. Establishing the school and hospital are two components of Watson’s “10 Goals in 10 Years” plan.

In a statement, UT President William Powers Jr. said the University aims to complete the medical school and teaching hospital by 2015. Powers said he and Steven Leslie, UT executive vice president and provost, will now appoint a committee of faculty members and health care officials to help recruit a dean and choose a location for the school.

“Now that the vote is over, the hard work of building a medical school begins,” Powers said.

Don Zimmerman, founder and treasurer of Travis County Taxpayers Union, said his organization will continue fighting the proposition through the lawsuit.

“I’m like a guy fighting at the Alamo, except I don’t die,” Zimmerman said. “I do what’s right no matter what the odds are.”

In May the UT System Board of Regents pledged $30 million a year for eight years and $25 million per year after that for the medical school. The Seton Healthcare Family pledged $250 million toward the teaching hospital in April.

The proposed medical school would join six UT health institutions located in Dallas, Houston, Tyler, San Antonio and Galveston, some of which partner with local hospitals funded partially by property taxes in their areas.