Humble history is a part of our past 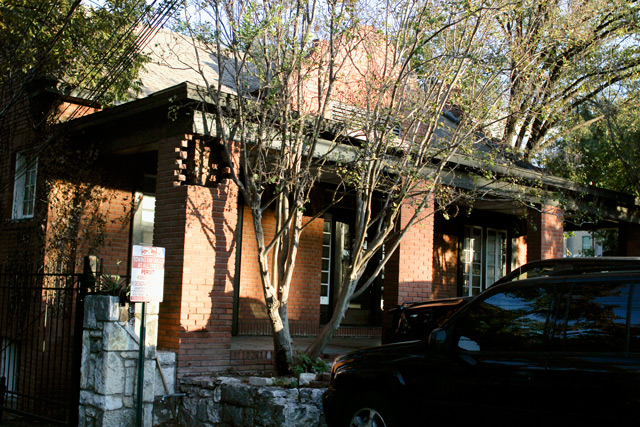 Austin City Council has decided against designating this campus area home a historic structure, despite  the civic and scientific contributions made by one of its previous owners.

No matter how long you’ve lived in Austin, you’ve probably heard that the city was a better place just before you arrived. That’s because back then, that bar was still around, and you could still hear that band play at that now long-gone local club, the demolition of which tore down everything that made the city great along with the building. In a city with such a fierce reverence for its own past, anything that provides a link to Austin’s history seems like something worth protecting. But a recent city council decision regarding a historic building on the property of a UT fraternity shows that’s not always the case.

During last week’s city council meeting, the council decided to deny historic status for the S. Leroy Brown house, a small structure on the property of a UT fraternity located just a few steps from campus on Hemphill Park Road. This decision allows the Phi Gamma Delta fraternity to move or demolish the house to make way for a new building they plan to construct on the site. While the council’s decision is not out of the ordinary, the building’s proximity to an established historic structure and another upcoming council decision regarding the historic status of a higher-profile building call into question the city’s professed commitment to its always-vanishing and much-ballyhooed past.

The Brown house isn’t as exciting or as well-loved as long-lost Austin landmarks like the Armadillo World Headquarters or Liberty Lunch, whose absences you hear people complaining about even now, but the house’s small stature and demure brick facade nonetheless serve as a link to an Austin that was quieter and more slowly paced than the city we inhabit today. Historic records show that the house’s owner, S. Leroy Brown, was responsible for bringing the first broadcast radio station to Austin — the station that would eventually become KUT — and for inventing a high speed calculator that some suggest was a forerunner to the modern computer. The house’s peculiar Dutch Colonial Revival architecture made it a good candidate for historic designation, according to the city’s Historic Preservation Office, and such a designation would have prevented the building from being demolished or significantly altered. Phi Gamma Delta wanted to demolish the structure in order to move forward with expansion plans, and with few members of the community calling for the home’s preservation, the council’s decision not to designate the home as historic doesn’t come as a surprise.

The Brown house and Phi Gamma Delta’s main fraternity house next door are a compelling case study of what kinds of Austin history are and are not deemed worthy of preservation. The fraternity’s Colonial Revival mansion, known as Buen Retiro, was built in 1902 and has been listed on Texas’ register of historic places since 1972. According to the plaque attached to the house, the structure’s historical significance is derived not only from its architectural style, but also from the fact that it was built “by Austin financier Louis Nicholas Goldbeck” and “has been campus residence of men who became statesmen and cultural and business leaders.” Apparently, the council doesn’t consider the accomplishments of Mr. Brown to be of equal historical importance.

Next week the council will determine whether or not to confer historical designation on Westgate Tower, the conspicuously tall, boxy high-rise on Lavaca Street next to the Capitol. While preservationists claim that the building is an elegant example of the New Formalism style in downtown Austin, others deride the building as an eyesore that blocks views of the Capitol and that doesn’t deserve to be honored with a historical designation. Working in the building’s favor is its illustrious political and social past. In the 1960s the building’s penthouse was home to the Headliners Club, an exclusive playground for the city’s political and business elite, as well as a Presidential Room meant to serve President Johnson during  his trips to Texas. Like Buen Retiro, Westgate Tower’s social pedigree is likely as much of a factor in its historical designation as is its architectural significance.

But in a city that prides itself on being weird and funky, the built history we choose to honor officially shouldn’t just be those buildings that have played host to the city’s elite. By failing to preserve the less glamorous elements of Austin’s past, we lose out on a more complete understanding of where the city has been and are less able to appreciate the city as it is right now.

Finke is an urban studies and architecture senior.